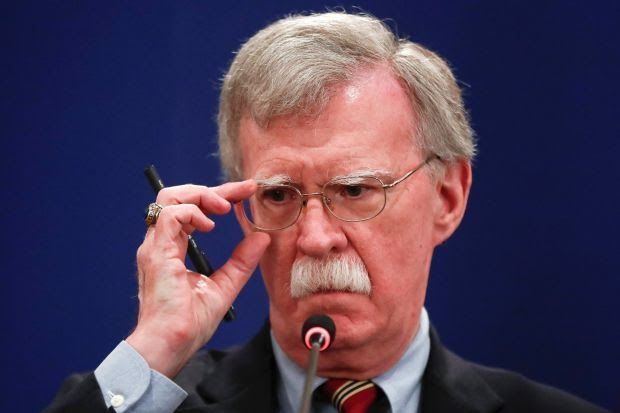 Iran’s Supreme National Security Council has dismissed as “show-off” the US National Security Advisor’s claim that the US is deploying the USS Abraham Lincoln Carrier Strike Group in the region to send a message to the Islamic Republic.

SNSC’s Spokesman Keyvan Khosravi said on Monday that John Bolton lacks a proper military and security understanding, and his remarks are more of a show-off nature.

“According to the close observation of the Iranian Armed Forces, USS Abraham Lincoln Carrier has entered the Mediterranean Sea 21 days ago, and Bolton’s statement is an inept use of an outdated incident to wage psychological warfare,” he added.

Khosravi also referred to the persistent frustration of the US military in the face of regional crises saying it is unlikely that US commanders and military forces would be willing to test the proven capabilities of the armed forces of Iran.

US National Security Advisor John Bolton said in a statement on Sunday that “in response to a number of troubling and escalatory indications and warnings, the United States is deploying the USS Abraham Lincoln Carrier Strike Group and a bomber task force to the US Central Command region to send a clear and unmistakable message to the Iranian regime that any attack on United States interests or on those of our allies will be met with unrelenting force.”

“The United States is not seeking war with the Iranian regime, but we are fully prepared to respond to any attack, whether by proxy, the Islamic Revolutionary Guard Corps, or regular Iranian forces,” reads his statement.