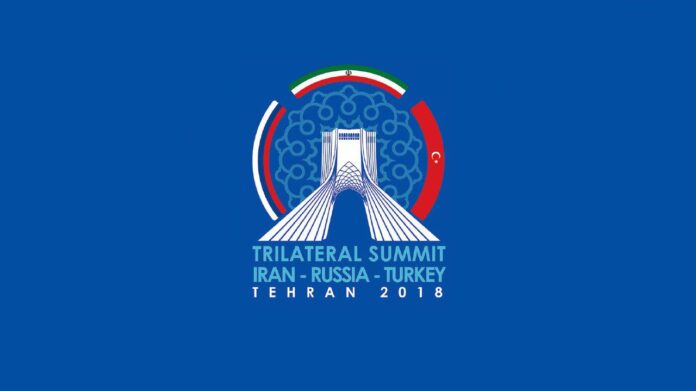 Iranian, Russian, and Turkish presidents, in a joint statement on Friday, agreed to distinguish anti-government militants in Syria from terrorists in a bid to protect the lives of civilians during the ongoing fight against terrorists in the war-torn state.

In the final statement issued at the end of the Tehran Summit on Syria peace, Iran’s Hassan Rouhani, Russia’s Vladimir Putin and Turkey’s Recep Tayyip Erdoğan reaffirmed their determination to continue cooperation in order to ultimately eliminate ISIS, Nusra Front and all other individuals, groups, undertakings and entities associated with Al-Qaeda or ISIS, as they have been designated as terrorists by the UN Security Council.

They underlined that, in the fight against terrorism, separation between the above-mentioned terrorist groups and the armed opposition groups that had joined or would join the ceasefire regime, would be of utmost importance including with respect to preventing civilian casualties.