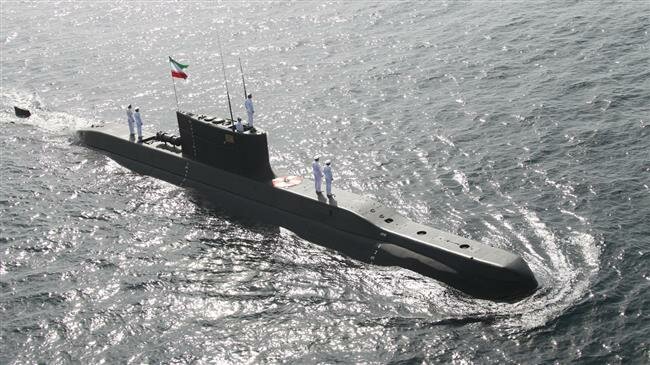 Khanzadi, who was attending the Russian Navy Day celebrations in Saint Petersburg, Russia, made the announcement in an interview with the Islamic Republic News Agency on Monday, saying the two sides have reached an agreement on holding the drills in the Indian Ocean, Makran waters, Strait of Hormuz and the Persian Gulf by the end of year.

Heading a military delegation, Khanzadi participated in the Russian Navy Day celebrations, attended by representatives of 20 countries in Saint Petersburg on Sunday.

Elaborating on the outcome of his trip to Russia, Khanzadi said an agreement was signed with the Ministry of Defense of the Russian Federation on behalf of the General Staff of the Armed Forces of the Islamic Republic of Iran.

The Iranian Navy chief further noted that the agreement was the first of its kind between Tehran and Moscow and aimed to boost military cooperation between the two countries particularly with regard to naval forces.

Back in late April, Khanzadi unveiled plans for a joint naval drill with Russia in coming months.

The announcement comes as tensions have been running high between Tehran and Washington since last year, when President Donald Trump unilaterally withdrew the US from the 2015 multilateral nuclear deal, officially known as the Joint Comprehensive Plan of Action (JCPOA), and unleashed the “toughest ever” sanctions against the Islamic Republic.

Recently, the US has taken a quasi-warlike posture against Iran and stepped up its provocative military moves in the Middle East, among them the June 20 incursion of an American spy drone into the Iranian borders.

The US says it is deploying an aircraft carrier strike group and a bomber task force to the Middle East in a “clear and unmistakable” message to Iran.

In May, Washington dispatched an aircraft carrier strike group, a bomber task force, and an amphibious assault ship to the Persian Gulf, citing an alleged Iranian threat.

The military deployment sparked global concerns that the US may be planning to wage war on Iran.