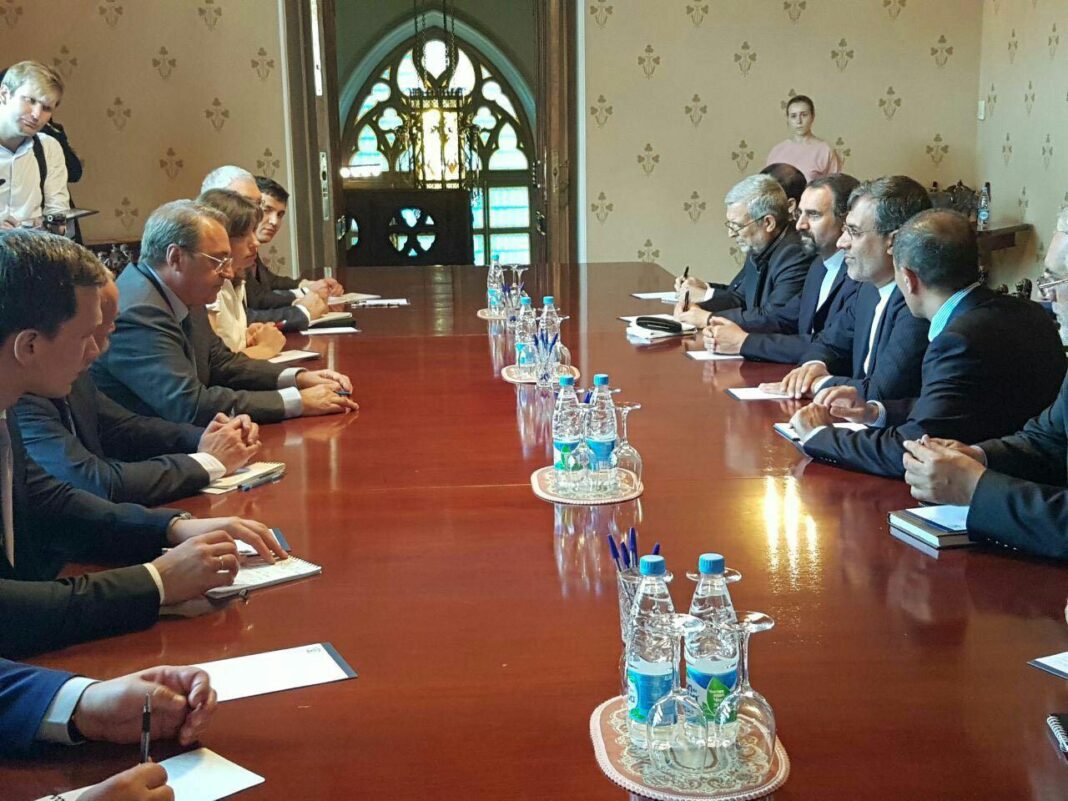 Iranian Deputy Foreign Minister Hossein Jaberi Ansari and his Russian counterpart Mikhail Bogdanov have held a meeting on Tuesday as part of their periodic meetings in Moscow.

During the meeting, which took several hours, the two sides discussed a range of issues, from the latest developments in West Asia and North Africa regions to the ongoing crises in Syria, Yemen, and Libya, the problems of Iraq, and the Iraqi Kurdistan’s independence referendum.

Jaberi Ansari and Bogdanov also conferred on the issue of Palestine, the crisis in Qatar’s relations with Saudi Arabia, and several other regional and international issues of mutual interest.

The intra-Syrian talks in Astana and Geneva, the humanitarian needs of Syrian people, and the issue of Syria’s reconstruction were among other points raised in the meeting.

The Iranian and Russian diplomats also exchanged views on the next steps in the Astana Process, including the possibility that new parties would join the talks as observer members.

Based on the pre-planned agenda, delegations from the three guarantor states – Iran, Turkey, and Russia – will soon attend a fresh round of Astana expert talks in Tehran, where the parties will discuss defining boundaries of de-escalation zones and the arrangements for governing these zones.