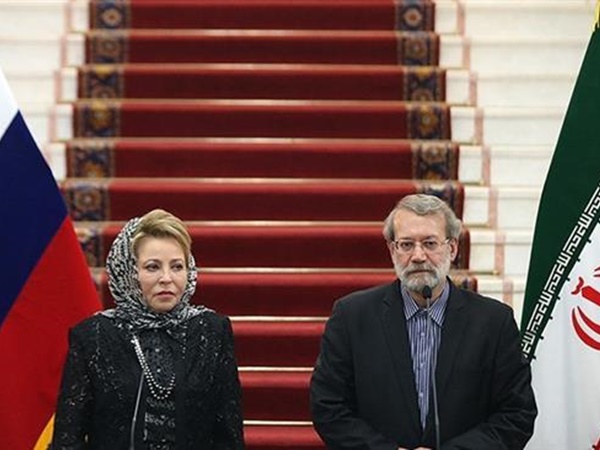 Iranian Parliament Speaker Ali Larijani says the Islamic Republic and Russia are cooperating on issues related to the Middle East.

“Considering the developments that have taken place on the international scene, we [Iran] are cooperating with Russia in the region,” Larijani said in a joint press conference with Russia’s Federation Council Chairperson Valentina Ivanovna Matvienko in Tehran on Sunday following an earlier meeting.

He added that Iran and Russia have taken steps over recent years to broaden relations and said Matvienko’s current visit to Tehran would play a key role in developing trade, political, parliamentary and security cooperation between the two sides.

He noted that he had held “very useful and constructive” talks with the top Russian parliamentarian, adding that the two sides offered good proposals on regional and international issues.

Russia’s Federation Council chairperson, for her part, said Tehran and Moscow have good cooperation in the fight against international terrorism and expressed hope the two sides would further work together in this regard.

Matvienko added that Iran and Russia have similar or close stances on many regional and international issues.

She said the implementation of the nuclear agreement, known as the Joint Comprehensive Plan of Action (JCPOA), signed between Iran and the P5+1 group of countries in July 2015, has created favorable grounds for Tehran-Moscow cooperation.