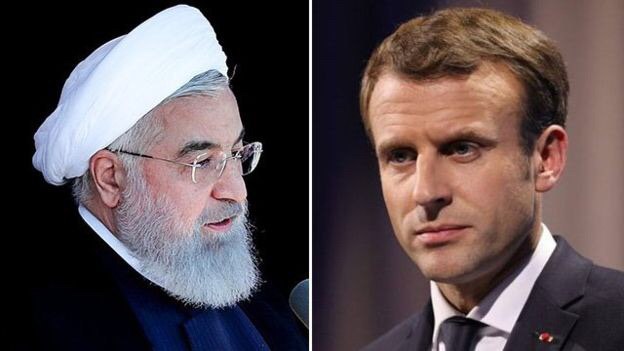 Iran’s President Hassan Rouhani has warned that the Islamic Republic will go ahead with the third step of rolling back its commitments under the 2015 nuclear deal in coming days if Europe fails to carry out its duties.

Rouhani made the remark in yet another phone conversation with his French counterpart Emmanuel Macron Saturday evening.

Elsewhere in his remarks, Rouhani expressed his gratitude for what he described as France’s concerted efforts in trying to save the accord.

In turn, Macron called for continued negotiations for the resolution of the issues, noting that Paris is following up the political and economic problems with regard to Tehran.

Since withdrawal from the deal last year, Trump has pursued a policy of “maximum pressure” to try to force the Islamic Republic into broader talks.

While Trump’s European allies also want fresh negotiations with Iran, they believe the nuclear deal must be upheld to help ward off the risk of a wider war in the Middle East. Macron had already met Zarif in Paris before the G7 summit.