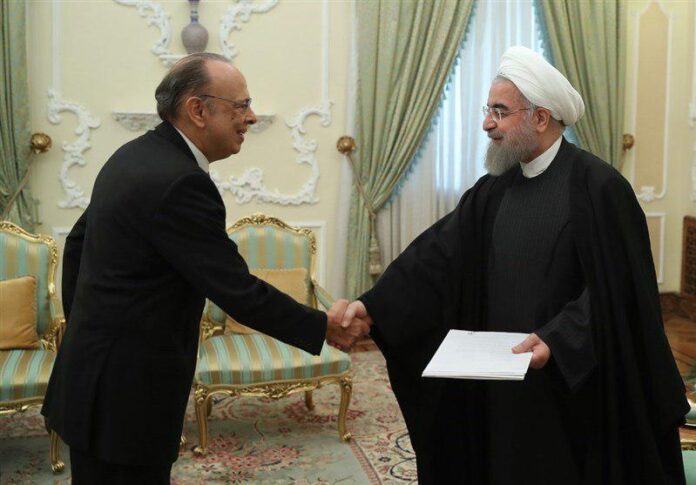 Iranian President Hassan Rouhani highlighted the need for improvement of ties between Tehran and the European Union, and voiced Iran’s preparedness to develop its cooperation with the EU in a “collective” fight against terrorism.

In a Sunday meeting with the new Portuguese ambassador to Tehran, President Rouhani warned that terrorism threatens all countries across the world.

“The campaigns against terrorism and extremism as well as the threats [they pose] to the world, require collective cooperation among countries and Iran is ready to expand its cooperation with the European Union in this regard,” Rouhani pointed out.

Elsewhere in his remarks, he stressed the importance of improving the Islamic Republic’s cooperation with European Union member countries, including Portugal.

“There is no obstacle to further strengthening and developing Tehran-Lisbon relations,” Rouhani said.

He added that Iran and Portugal have great potential to bolster cooperation not only in political and economic fields but also in the cultural, scientific, technological and academic sectors, Press TV reported.

Iran’s chief executive urged Portugal to enhance its cooperation with the Islamic Republic in banking and insurance sectors by making use of opportunities created after the landmark nuclear agreement, known as the Joint Comprehensive Plan of Action (JCPOA), between Tehran and the P5+1 group of countries in July 2015.

During the meeting, the Portuguese envoy Joao Corte Real submitted his credentials to President Rouhani, and expressed his country’s firm determination to enhance ties with Iran in all fields.

He added that the JCPOA created great opportunities for Portugal and many other countries to strengthen cooperation with Iran, urging Tehran and Lisbon to use such opportunities.