Iran Ready to Assist Turkey amid US Pressure: Spokesman 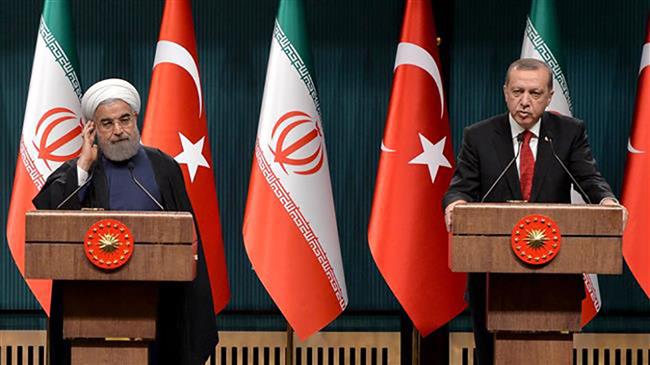 Amid a worsening dispute between the United States and Turkey, Iran says it will always stand by its neighboring country and provide it with any required help.

In an interview with IRIB on Saturday, Iranian Foreign Ministry Spokesman Bahram Qassemi slammed a new wave of US sanctions against Turkey, saying such approaches would prove ineffective.

“We hope that the Turkish government and people will manage these conditions and pressure imposed from outside Turkey’s borders and … they will definitely do that because others cannot change the willpower of nations through coercion and threats,” Qassemi said.

He also expressed hope that wisdom would prevail in the world and relations among countries would be expanded based on prudence and goodwill.

Relations between Ankara and Washington have sunk to their lowest point in decades over a number of issues, including the detention of American pastor Andrew Brunson on terror-related charges, and the depreciation of the Turkish lira to hit record lows against the dollar.

US President Donald Trump wrote on Twitter late last month that his country “will impose large sanctions on Turkey for their long time detainment of Pastor Andrew Brunson.”

Turkish President Recep Tayyip Erdogan responded by announcing to freeze the assets in Turkey of US ministers of “justice and interior,” in tit-for-tat response to US sanctions.

On Friday, the US president announced to double steel and aluminum tariffs on Turkey, saying relations between Washington and Ankara are “not good.”

“I have just authorized a doubling of Tariffs on Steel and Aluminum with respect to Turkey as their currency, the Turkish Lira, slides rapidly downward against our very strong Dollar!” Trump said on Twitter.

“Aluminum will now be 20 percent and Steel 50 percent. Our relations with Turkey are not good at this time!” he added.

A day after Trump’s announcement, the Turkish president warned that his country’s partnership with the US might be in “jeopardy.”

“Unless the United States starts respecting Turkey’s sovereignty and proves that it understands the dangers that our nation faces, our partnership could be in jeopardy,” Erdogan said in an op-end published in The New York Times.

Elsewhere in his interview, Qassemi said both Iran and Turkey, as two neighboring countries, must respect mutual rights in order to help promote stability, security and peace in the region.

He added that Tehran and Ankara have always had “good” relations and expressed confidence that the two sides can help each other under the current circumstances.