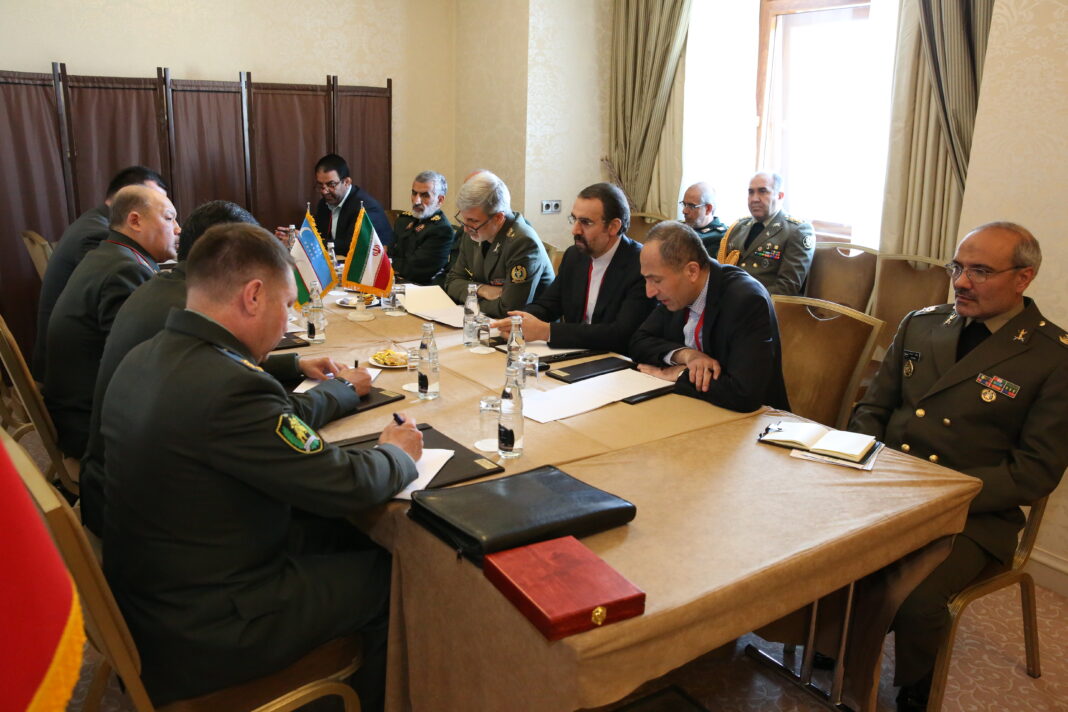 Iran's defence minister says the country is ready to work with regional states against terrorism and extremism, which are jeopardizing the stability and security of countries in Southeast and West Asia.

Brigadier General Amir Hatami made the remarks in a meeting with his Uzbek counterpart Bakhodir Kurbanov on the sidelines of the Moscow security conference.

He also said extremism and terrorism are the fallout from the US and its allies’ interference in the region.

In the meeting, Iran’s defence chief touched upon the deep historical and cultural bonds between the two countries as well as cordial Tehran-Tashkent ties in political and economic domains.

He said the two sides have a common understanding of regional and global issues, calling for closer cooperation in such areas as defence and security.

The Uzbek security chief, in turn, said the political will of the two sides will set the stage for the further enhancement of bilateral cooperation on political, economic and cultural fronts.

He said the two countries share similar security concerns in the region, expressing hope that Tehran-Tashkent cooperation in fighting terrorism will further expand.