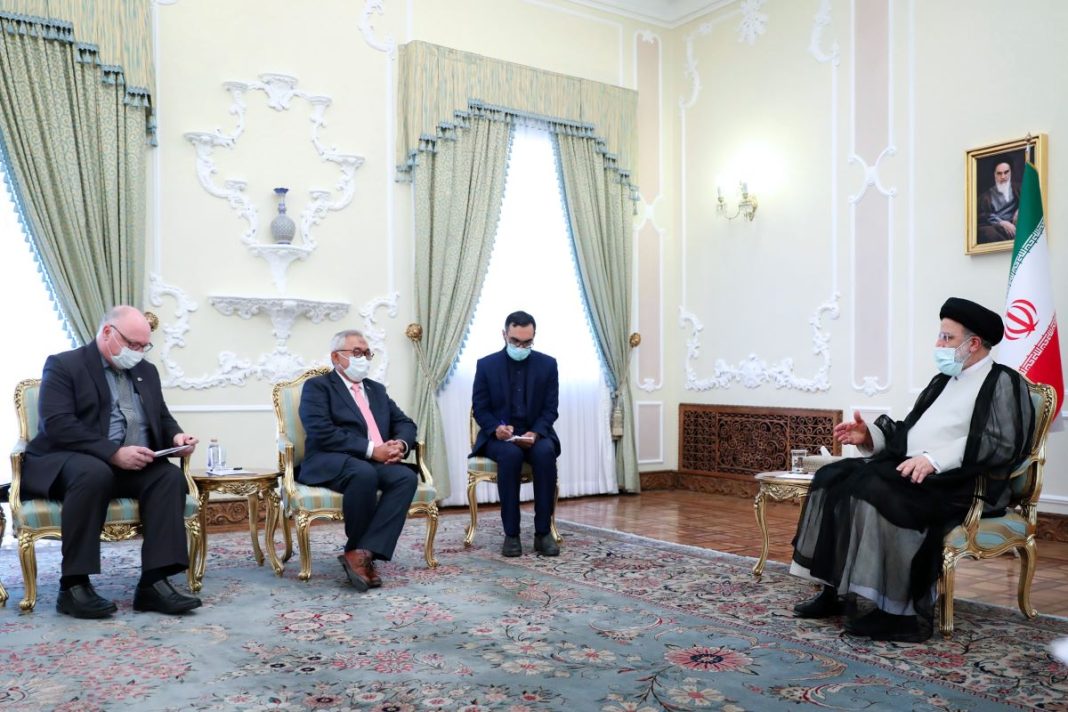 In a meeting with Secretary General of IORA Salman Al Farisi, held in Tehran on Monday, Raisi described effective cooperation with regional organizations as a top priority in Iran’s foreign policy.

Calling for plans to broaden interaction among the IORA member states and exploit their capacities, the president said, “The Islamic Republic of Iran is prepared to share its remarkable capabilities with the Association’s (IORA) member states.”

He also stressed the need for IORA to use past experiences to focus on blue economy, economic empowerment of women, and academic, science and technology cooperation.

For his part, Al Farisi described Iran as an active and influential member of IORA, praising its activities during its presidency of the association’s secretariat.

He also lauded Iran’s leading role in presiding over the Women’s Economic Empowerment working group and its valuable services in the Science and Technology working group.

IORA was established in 1997 with the aim of promoting regional cooperation, prosperity, and growth in the Indian Ocean region through joint action according to key themes, namely maritime security and safety, the facilitation of trade and investment, fisheries management, disaster risk management, tourism and cultural exchange, academic, scientific and technological cooperation, the economic empowerment of women, and the Blue Economy.