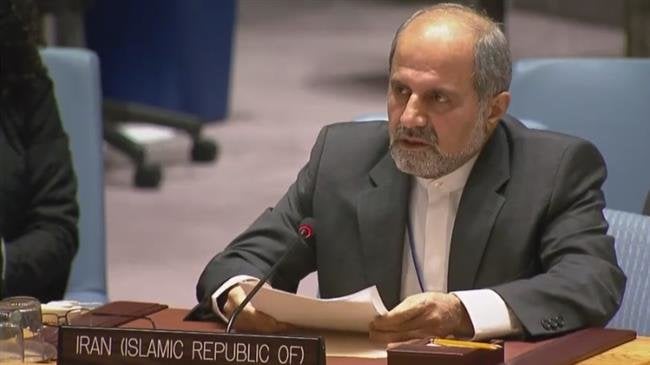 Iran has condemned a United Nations resolution that accuses it of human rights violations, stressing that the measure's sponsors are playing a "political charade."

The resolution adopted by the UN General Assembly’s Human Rights Committee was approved Thursday in a 85-30, with 68 abstentions. This means the resolution will most probably be approved by the 193-member world body when it comes up for voting next month.

“In fact, not a single day has passed since 1953 in which the same forces have not harmed and tortured Iranians,” Al-e Habib added.

The Iranian diplomat then proceeded to describe as “the greatest enemies” of human rights and democracy “those who conveniently abuse them against the nations and governments they dislike.”

“Weaponizing food and medicine against civilians has no other designation but crime against humanity,” he said. “Apparently, for self-proclaimed champions of human rights to reach their politicaltives even a whole nation can be murdeyred.

tives even a whole nation can be murdeyred.“