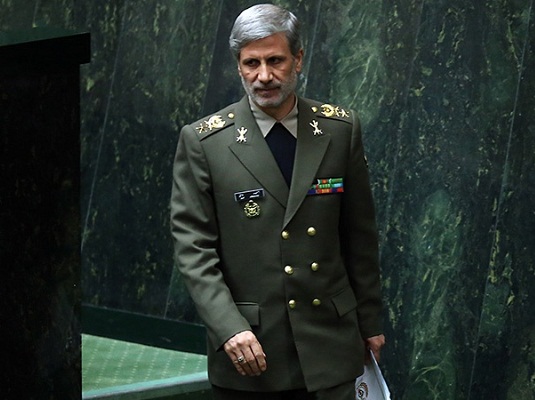 Iran’s defence chief has urged that parts of the missile which the US claims was supplied by Iran to Yemen should be handed over to Tehran for further investigation.

According to a report by the Persian-language Tasnim News Agency, he said the Iranian defence apparatus has filed a complaint, “so that we can complain to the UN in this regard for transparency.”

He said Iran cannot respond to Haley’s claim from a distance and without having reviewed it first.

“So, Iran’s complaint will soon be referred to the UN in the form of a request,” the defence chief said.