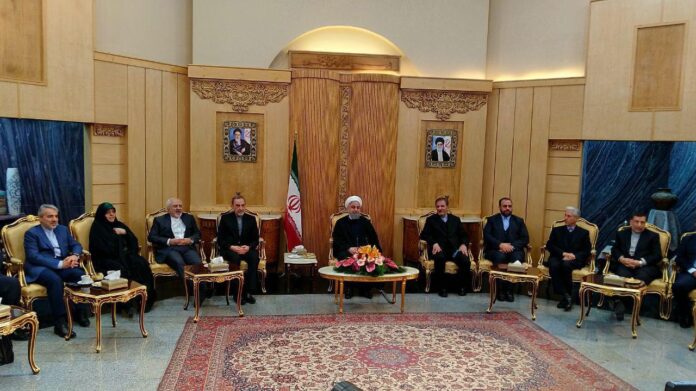 Speaking to reporters before embarking on his first official visit to India since taking office in 2013, President Rouhani said Iran and India have strong historical relations in various fields.

“Till the recent centuries, Persian language was spoken by most people in the Indian Subcontinent,” President Rouhani was quoted as saying on Thursday in a Farsi report by IRNA.

He went on to say one of the main bilateral issues between Iran and India is transit system which will be discussed during his visit to India.

Rouhani added Iran’s Chabahar Port as well as connection to Afghanistan and Central Asia is highly significant for India. “To this end, we have already signed a trilateral agreement with Afghanistan and India.”

Based on the agreement India has pledged to invest $85 million in equipment of Chabahar port which opens up the transit route for the country to Iran and Afghanistan, bypassing Pakistan.

The Iranian president also said Iran and India have similar concerns about the latest regional developments including terrorism. “As two main members of Non-Aligned Movement, Iran and India will hold talks on terrorism during my visit to India.”

He said the visit has two aspects including cultural, and political and economic. “The first part of our visit begins with Hyderabad in which we will meet Indian Muslims including Shiite and Sunni scholars. We will also pay a visit to historic sites.”

Rouhani said the second part of the visit will take the Iranian delegation to New Delhi for economic and political talks with Indian high-ranking officials.

He noted the visit is made at the official invitation of the Indian Prime Minster Narendra Modi. “During the visit, in addition to holding talks with a number of high-ranking officials including India’s president in and prime minister, we will also sign several MoUs in different fields.”

In this visit, President Rouhani is accompanied by a number of Iranian officials including Vice-President for Economic Affairs, Mohammad Nahavandian, Foreign Minister Mohammad Javad Zarif, Oil Minister Bijan Zanganeh and many others.