Iran President Says Trump’s Empty Rhetoric Not Worth a Response 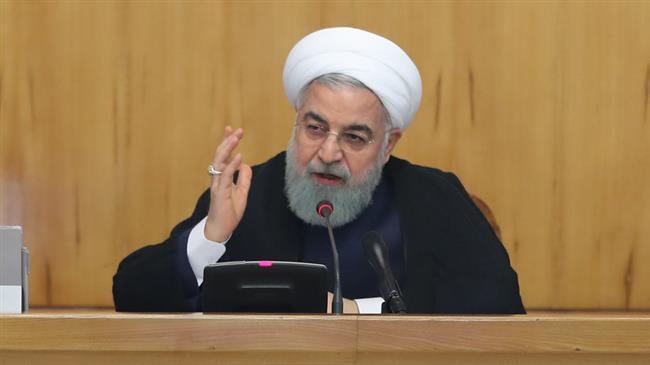 “The Iranian nation has from the start stood up to the American rulers’ intransigence, misconduct and breach of promises in all areas, and has chosen the path of resistance,” President Rouhani told a cabinet meeting on Wednesday.

He dismissed the recent belligerent comments by American officials against the Iranian nation as “baseless and unfounded,” noting that their “hollow threats” do not even warrant a response.

Following its much-criticized withdrawal from an international nuclear deal with Iran in May, the administration of US President Donald Trump has ramped up its tough rhetoric against Iran.

Recently, Trump threatened Iran with hardship “the likes of which few throughout history have ever suffered before” as Washington launched a new campaign meant to foment unrest in the Islamic Republic.

Rouhani said domestic efforts directed towards increasing production and exports as well as closer public coordination with the government with an aim to stabilize the market would be a “decisive response” to enemy plots and White House officials.

Confronting US in global arena

The chief executive pointed to the complaint filed with the International Court of Justice over Washington’s decision to re-impose nuclear-related sanctions against Iran after quitting the 2015 multilateral nuclear deal.

Rouhani said the proceedings have yielded their “first success” with the court announcing to the US that it was not allowed to take any action that would influence the tribunal’s potential rulings before “Iran’s complaint is addressed.”

The tribunal warned the US secretary of state about his actions and plans concerning the matter, Rouhani said. “This is a warning to the US by the world’s most senior legal authority.”

“Today, an absolute majority of world states condemn or view US actions as wrong,” said the president, describing it as proof that the Iranian nation’s resistance has been fruitful.