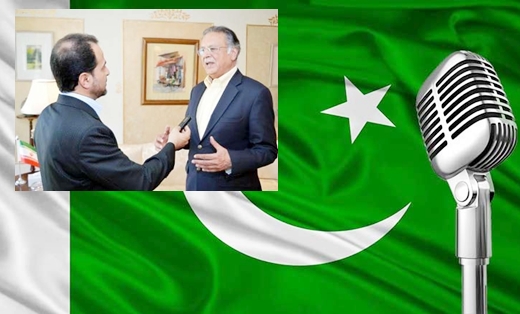 Talking to IRNA, he said, We are working on the MoU and some good news on that will be released soon. We will try my best to do it as early as possible.’

Giving some details of his recent meeting with Ambassador of Iran to Pakistan Mehdi Honardoost, the minister said cooperation in the field of media and information was discussed between the two sides.

“We discussed opening of Pakistani media outlets in Iran thoroughly and Iranian ambassador has given me some suggestions in this regards, which will be acted upon to make relationship between the two brotherly countries stronger and more closer,” he said.

The minister went on to say the positive atmosphere created after recent visit of Iranian President Hassan Rouhani to Pakistan should be taken for the mutual benefit of the people of the both countries.

Last month President Rouhani visited Islamabad along with a high level political and economic delegation. The visit was quite successful as both countries signed different MoUs to further enhance bilateral cooperation in various sectors.

“We have to keep that spirit which was created by the President of Iran,” Pervaiz Rashid said.