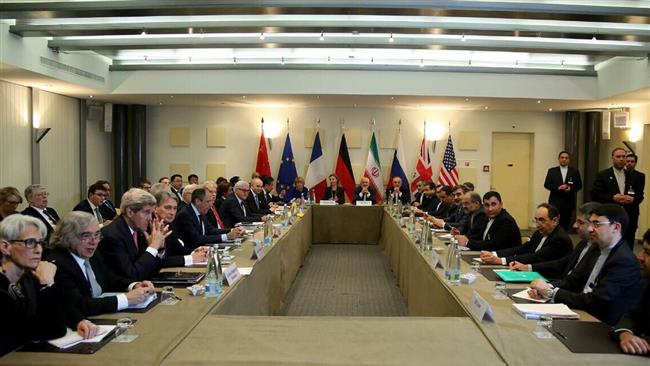 Russia says does not want any possible agreement to be in violation of the UN Security Council mechanisms.

Top representatives from Iran and P5+1 held a plenary meeting in the Swiss city of Lausanne earlier Monday to narrow their differences in negotiations aimed at reaching a final deal over the Islamic Republic’s nuclear program.

Meanwhile, Maria Zakharova, the deputy spokesperson for the Russian ministry of foreign affairs, said Lavrov would leave Lausanne today and return if necessary tomorrow night. She added that Russia does not want any possible agreement to be in violation of the UN Security Council mechanisms.

This comes as sources say that the US and Europe want UN Security Council (UNSC) sanctions to be automatically reversible, meaning that if Iran violates the deal at any point, the UNSC sanctions will automatically be re-imposed on Tehran.

Russia opposes such a scenario, saying in such a case the UNSC should decide what to do. Moscow says automatic imposition of sanctions goes against the mechanism of the UNSC.