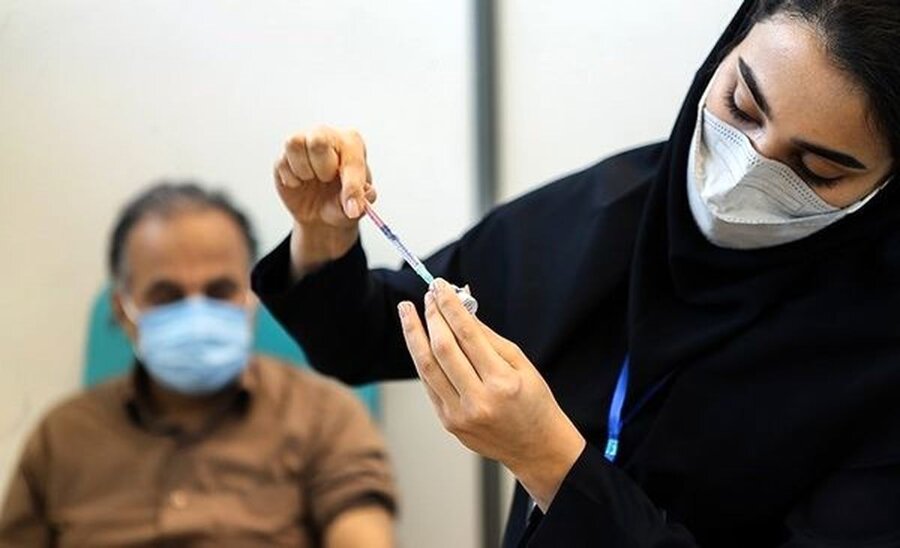 The total number of Covid vaccine doses administered in Iran since the start of the vaccination drive has reached 97,400,336.

Over the past day alone, 772,237 doses were administered. Despite the high-speed vaccination process across Iran, Covid keeps claiming lives.

The Health Ministry announced on Thursday, over the past 24 hours, the disease killed 123 people, pushing the total fatalities since the pandemic’s beginning to 127,809. Meanwhile 7.539 new cases have been logged during the past day.

The daily death toll is however down compared with some two months ago when Iran was in the grip of the pandemic’s fifth wave.

Meanwhile, Authorities say most of those killed by Covid are unvaccinated people. They are urging all those who have not been inoculated to get their jabs as soon as possible to further bring down the deaths from the disease.

Iran’s First Vice President Mohamamd Mokhber warned on Thursday that ignoring health protocols could thwart all the efforts and achievements of the government and the healthcare staff across Iran in the fight against Covid. Mokhber urged the media and the press to give accurate information to citizens so that health protocols are not relaxed.

There’s been no change in the number of cities marked red in terms of risk from Covid in recent days. Now 33 cities are red in Iran. Red spots are areas where the risk is at its highest level. The rest of them are orange, yellow and blue.