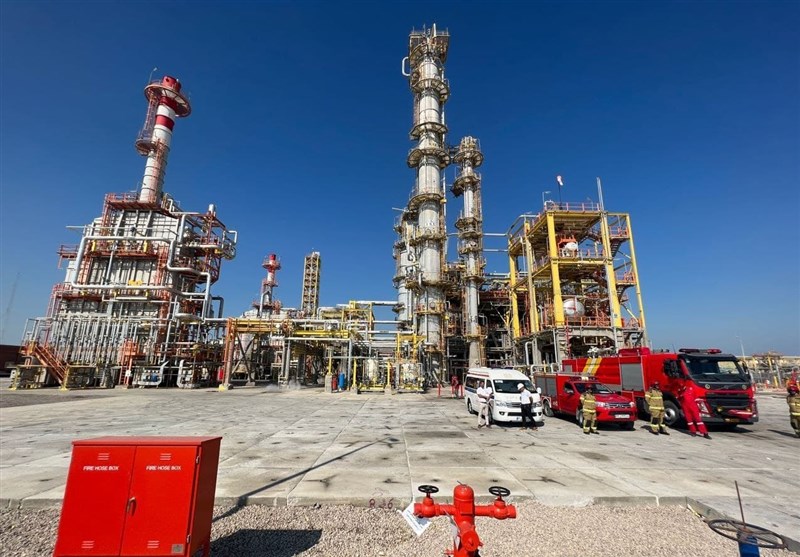 Iran has officially launched its first-ever specialized refinery designed to process super heavy crude oil on the southern Qeshm Island, as the country keeps promoting its energy sector regardless of tough US sanctions.

The first phase of the refinery was inaugurated during a ceremony on Friday, with Iranian President Ebrahim Raisi in attendance.

With the facility becoming operational, some 35,000 barrels of extra heavy crude oil will be processed, on a daily basis, into other oil by-products such as bitumen, which will account for half of the refinery’s products, in addition to naphtha, gasoline, and light crude oil.
The facility’s products will be exported in their entirety to other countries.

With the completion of the second phase, which is still under construction, the processing capacity is expected to reach over 70,000 barrels per day.

Experts say the refinery will carry an added value of $857 million per year and will thus constitute a significant source of foreign currency income.

At the ceremony, Oil Minister Javad Owji said the private sector had invested more than $220 million in the project.

He said four more refinery projects were on the Oil Ministry’s agenda, which would increase the processing capacity of entire Hormozgan Province to 1,550,000 barrels daily, up from 850,000.

Qeshm, one of the world’s largest islands, hosts a free zone jurisdiction and lies strategically in the Strait of Hormuz, the most sensitive transportation choke point for global oil supplies.