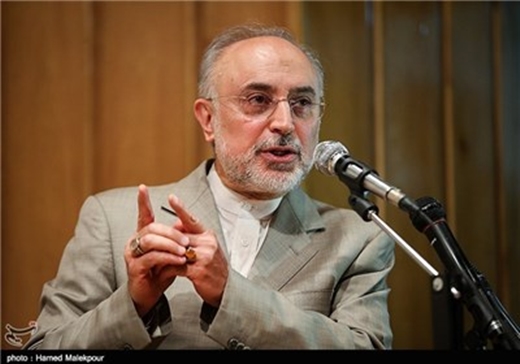 The negotiations are being pursued within specified frameworks, and nothing is done beyond those frameworks, said Ali Akbar Salehi.

“The negotiations are being pursued within specified frameworks, and nothing is done beyond those frameworks,” Salehi told reporters in Tehran, on the sidelines of a ceremony held to commemorate martyred Iranian nuclear scientists.

He also underscored that the country’s negotiators, who are engaged in talks with the group of six world powers (Russia, China, the US, Britain, France and Germany), are vigorously defending Iran’s national interests and sovereignty.

Salehi further made it clear that whatever the outcome of the talks, it will be according to agreements and consensus among the Iranian officials.

Iran and P5+1, also known as E3+3, are in talks to hammer out a lasting accord that would end more than a decade of impasse over Tehran’s peaceful nuclear program.

Diplomats from Iran and the EU wrapped up the latest round of negotiations in New York and are slated to resume the talks in Vienna on May 12 to press on with the task of drafting the comprehensive deal.