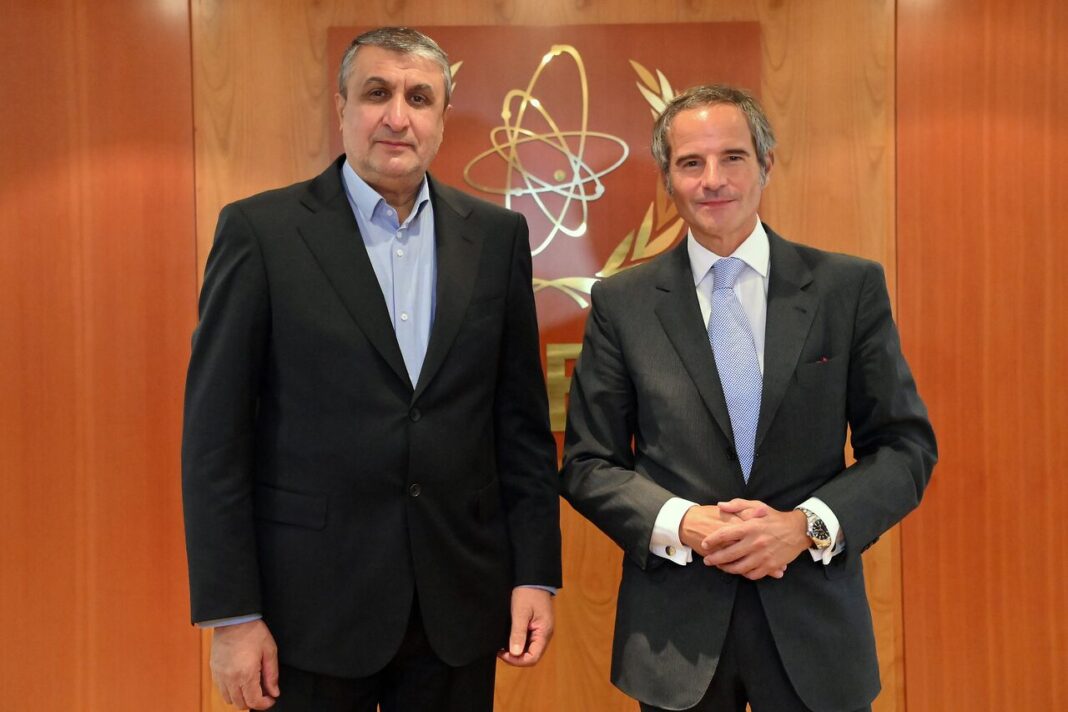 Head of Iran’s Atomic Energy Organization Mohammad Eslami has stressed that there is no deviation in the Islamic Republic’s nuclear program.

After a Tuesday meeting with Director General of the International Atomic Energy Agency Rafael Grossi in Vienna, Eslami also said that relations between Iran and the IAEA should be facilitated and sped up “based on laws and regulations and away from political influences”.

During the meeting the two sides reviewed cooperation between the agency and Iran and exchanged views on issues of mutual interest.

Iran’s Permanent Representative to the IAEA Kazem Gharibabadi said Eslami and Grossi acknowledged that Iran is an important partner of the agency and agreed that their relations should be based on respect and good will.

Earlier in September, during Grossi’s visit to Tehran, the IAEA reached an agreement with Iran on servicing of the agency’s monitoring equipment.

Meanwhile, after his meeting with the IAEA secretary general, the Iranian nuclear chief sat down for talks with the director general of Russian state nuclear energy company Rosatom.
Eslami described the talks with Alexey Likhachev as constructive, adding that he will focus on accelerating the progress of the new units of Bushehr power plant during his future visit to Moscow.