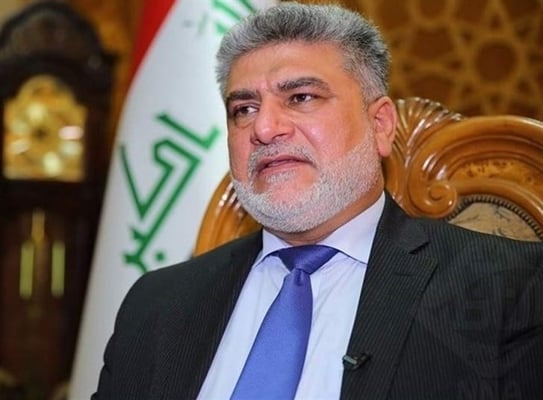 Iraq's Sadr Movement which has secured the largest number of seats in Iraq's parliamentary elections says unlike what is widely said by certain states, Iran does not and will not interfere in Iraq's internal affairs.

Sadr Movement is headed by Iraqi cleric Muqtada al-Sadr who has turned from an alleged rebel and politically adventurous young clergyman to an experienced politician over nearly the past two decades. Leaving behind his young years, he is now a middle-aged politician in a critical period of Iraq’s history. A review of his measures over the past months reveals how serious he has been in his promise to create a strong, independent and safe Iraq to restore the golden age of the ancient country.

Unlike earlier predictions, it seems the Sadr Movement does not see itself above the politics in Iraq after winning the largest number of seats in Iraq’s parliamentary elections. Instead, it is humbly seeking to translate into reality the ideals of its middle-aged leader to create a unified Iraq far from ethnical and political divisions. Sadr Movement says it is seeking to form coalitions with all political factions in Iraq and share the power with them in the war-torn country. In its latest move to create a unified Iraq, the Sadr Movement formed a coalition with Iraq’s Badr Organization headed by Hadi al-Amiri which is believed to be close to Iran.

Sadr’s open arms to other parties including Sunni ones once again reveal the realistic view of the Shiite clergy who is seeking to create a national unity government in Iraq with the aim of salvaging the country from the current crises through establishing balanced relations with its neighbours particularly the two leading countries of Iran and Saudi Arabia. Will the dream come true? It is possible though difficult.

In an interview with Tasnim New Agency, Head of the Political Bureau of Iraq’s Sadr Movement Dhia al-Asadi has elaborated on the movement’s plans to achieve its goals.

Asadi referred to the latest developments in formation of new political alliances in Iraq and said the country is following the principle of establishing strong relations with its neighbouring countries.

Asadi underlined his country’s strong will to establish close cooperation with its neighbours and dismissed the claims that Iran is interfering in Iraq’s internal affairs.

He said all Iraqi political factions have reached consensus on establishing friendly relations with the neighbouring states and putting an end to Iraq’s occupation by the US forces.

Asadi also referred to the latest alliance formed between two major political factions in Iraq and said the coalition was created with the aim of opening a new chapter in Iraq’s history through offering services to Iraqi nation and removing all challenges in the way of restoring peace and security to the region.

Elsewhere in his interview, Asadi elaborated on Muqtada al-Sadr’s visit to Saudi Arabia and the changes he made to his regional and international plans after the visit.

“Muqtada Sadr and the Sadr Movement don’t view regional issues from the tight prism of factional views. They don’t want to be just one of the conflicting sides in the regional or global issues. They seek to create a strong Iraq in the region and the world and establish equal relations with their neighbours and the world. They also attach significant importance to some important regional players like the Islamic Republic of Iran, Turkey as well as Jordan, Syria, Saudi Arabia and Kuwait,” he noted.

Security of Iraq, Its Neighbours Interconnected

Al-Asadi also said Muqtada Sadr believes the security of Iraq and its neighbouring states are interconnected. “If Iraq is not secure, its neighbours won’t be secure either and vice versa.”

“That’s why Muqtada Sadr is seriously seeking to establish equal and balanced relations with the countries based on mutual friendship and trust among the nations. He is fully aware that any ethnical or factional policy by the regional states will negatively impact Iraq’s stability and security.”

Asadi said during his meetings with a number of ambassadors from regional states in the holy city of Najaf, Muqtada Sadr reminded them, particularly the Saudi ambassador, of the fact that the war on Yemen has no benefit neither for Saudi Arabia, nor Yemen or Iraq. “The war will inflict a heavy blow on the relations among the countries and exacerbate the current crises in Bahrain and the Shiite-populated areas in Saudi Arabia.”

According to Asadi, during his meeting with the Saudi ambassador, Sadr called on Riyadh to open a new chapter in its relations with Iraq based on mutual respect, cooperation and friendship with the aim of strengthening economic, cultural, historical and social relations between the two sides.

“Muqtada Sadr was interested in receiving the Iranian ambassador to Iraq as well to express his interest in expansion of bilateral ties with the Islamic Republic,” he noted.

In response to a question on his assessment of the current relations between Iran and Iraq, Asadi said it is no secret that the relations between Sadr Movement and Iran, despite some problems in mutual relations throughout the previous years, have remained strong.

“But some people are trying to portray a chaotic image of the relations which is far from reality on the ground.”

He went on to say that Muqtada Sadr wants to tell those raising claims about Iran’s interference in Iraq’s internal affairs that Baghdad will never allow any foreign power to meddle in its internal affairs.

Asadi underlined that the Islamic Republic of Iran is fully aware of the current sensitive situation in Iraq and realizes the reality that establishing balanced and equal relations with Iraq based on mutual respect is in the interests of not only the two sides but the whole region.

Elsewhere in his remarks, Asadi said Iran-Iraq relations date back deep into history and will continue in the far future.

“We want to make it clear to the world that Iran has no role in Iraq’s internal affairs and will not play any similar role in the future and this is a significant point both for Iran and Iraq.”

Asadi said the US presence in the region in any form is a threat to the whole region and added that’s why Iraq calls on Washington to withdraw its forces from the region.

“The US withdrawal will lead to regional stability and security. When security is established, no regional state will be concerned about the military aggressions in the region.”

He concluded that Iraq wants to turn into a source of peace and stability instead of threat and fear in the region.