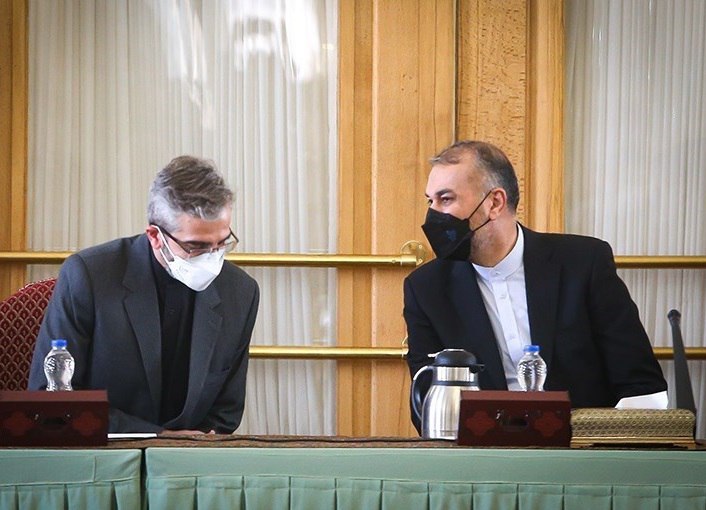 The Iranian newspaper Iran which reflects the views of the government has run a report on Tehran’s policy and goals in the new round of talks in Vienna with the 4+1 group.

The newspaper outlines Iran’s approach in five points which are as follows:

1-Not only will the Iranian negotiating team not allow talks over the country’s missile program and regional role, but it will also avoid negotiations over Tehran’s nuclear program. Ali Bagheri, Iran’s Deputy Foreign Minister, recently dismissed nuclear talks in a meeting with the director general of France’s Foreign Ministry. He also told the British newspaper The Guardian that Iran will not negotiate over its defensive and security issues, saying the Iran nuclear deal, known as the JCPOA, has a clear framework and other issues have nothing to do with the deal.

2-The US has violated the JCPOA and is not part of the talks. The US must take action to compensate its past mistakes and pay reparations to Iran and also take necessary confidence-building measures.

3-The US must also stop dividing sanctions and must remove all the bans imposed on Iran during the Obama and Trump administrations. Bagheri says Iran’s goal is to get the sanctions lifted which are all illegal and violate the UN resolutions.

4-The genuine removal of sanctions requires verification and Iran must have an opportunity to make sure the sanctions have been removed through selling oil and transfer of foreign currency into the country.

5-The US must give assurances that it will not leave the JCPOA again. Since the US has a history of destroying international treaties, it’s likely that it will abuse the trigger mechanism enshrined in the JCPOA. Iran’s Foreign Minister Hossein Amir Abdollahian has said the US violations such as sanctions make it necessary for Washington to give tangible guarantees.