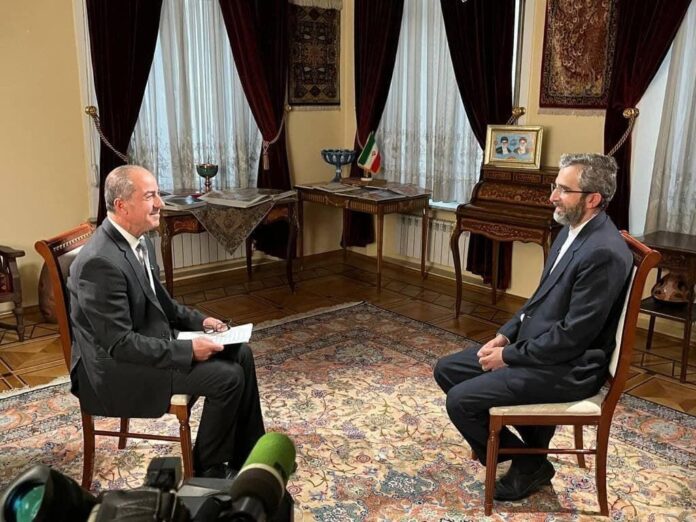 Top Iranian nuclear negotiator says Tehran seeks the removal of the US sanctions in talks with the 4+1 group of countries.

Deputy Foreign Minister Ali Bagheri said in an interview with Russian channel RT on Friday the aim of the negotiations with P4+1 is to remove the US oppressive and illegal sanctions against Iranians.

“We have constructive relations with International Atomic Energy Agency (IAEA) and we are confident that this Agency will not allow any political abuse,” he continued.

“The Agency should not allow other countries to use it [IAEA] to achieve their biased goals,” he added.

Bagheri considered cooperation with neighboring countries as one of the priorities of the Iranian government, announcing efforts are making to solve the existing problems in this field.

He also noted that during his visit to Moscow, he had a constructive talk with the Russian Deputy Foreign Minister and the two sides agreed on having periodic consultations.

Bagheri arrived in Moscow on Thursday evening to meet with senior Russian diplomats.

The Moscow visit came after the deputy FM held a meeting with the EU’s Enrique Mora in Brussels on how to remove US’ unlawful sanctions imposed on the Islamic Republic.

A source familiar with discussions about Iran nuclear deal has told CNN that US President Joe Biden will discuss potential options ‘of imposing higher costs on Iran’ during his G20 meetings with allies and that those costs could be imposed even as the Iran talks are underway.