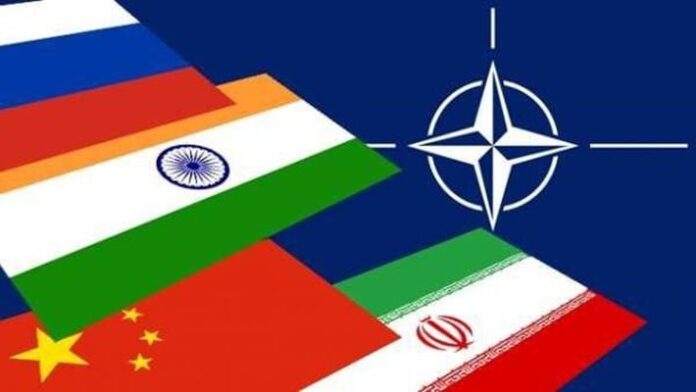 Conservative newspaper Kayhan has called on the Iranian government to stop relying on the West and form a consortium with Russia, India and China as an alternative to cope with the West’s economic pressure.

In a recent opinion piece, the newspaper said the Islamic Republic can further develop the volume of its foreign trade by forming an oil consortium made up of China, Russia and India and Iran.

“We can form a consortium composed of Iranian, Russian, Chinese and Indian big oil investors to preserve our dominance on the Iranian resources and at the same time increase our foreign trade volume,” the article said.

The paper went on to say that today Asia has the final say in most economic issues, and is the most thriving market in the world.

“Over the past 100 years, Iran has never faced animosity by any Asian state. This comes as the US and the European states particularly the UK have always been hostile against Iran. We can say that Iran has no enemy in Asia. Meanwhile, in most cases, the West’s plots against the Islamic Republic have been thwarted partly by the Asian states’ support,” the newspaper added.

The report further said that the Iranian economy’s need for foreign currencies over the past decades, at the highest level, stood at $120 billion a year, adding Iran’s true need amounts to $50 billion which can decrease to $30 billion through strict economic measures.

“This means that our annual need for foreign currencies is about $30 billion to $12 billion. The need can be met through trade exchanges with certain powers like Russia, China and India which import Iranian goods,” the report said.

The volume of China’s trade with Iran is almost $20 billion, and the country is currently the first trade partner of the Islamic Republic, the report added.

“India and Iran are linked together through deep cultural and civilizational commonalities. Russia has also developed a strategic partnership with Iran over the past years and this means that there is an appropriate ground for establishing a deep trade coalition between Iran and Russia and the Asian powers.”

The conservative newspaper then criticized the Iranian government’s “Look West” policy and said the government pushed out big Chinese investors in oil and gas fields and paved the way for Western firms like the French Total company.

“The arrival of the western companies in Iran came despite our earlier bad experiences because we knew that the western companies usually violate their committees. As we saw, Total left Iran in less than six months amid the fear of the US sanctions following Trump’s decision to pull out of the Iran nuclear deal back in May,” the report added.

According to Kayhan, today the Chinese firms are completely prepared to invest again in Iran’s oil and gas fields and export up to one million barrels per day despite the US sanctions. “This means the era of Iran’s vulnerability to the US sanctions will come to an end if we prepare the grounds for their investments.”

The report then called on the Iranian government to sign 20- or even 50-year oil agreements with Chinese, Russian and Indian firms and form a consortium with them to increase Iran’s trade volume with the outside world.

The paper concluded that Russian ruble and Indian rupee can serve as reliable currencies among the consortium members and may increase the value of the Iranian rial which has been declining over the past months due to back-to-back shocks in Iran’s markets.