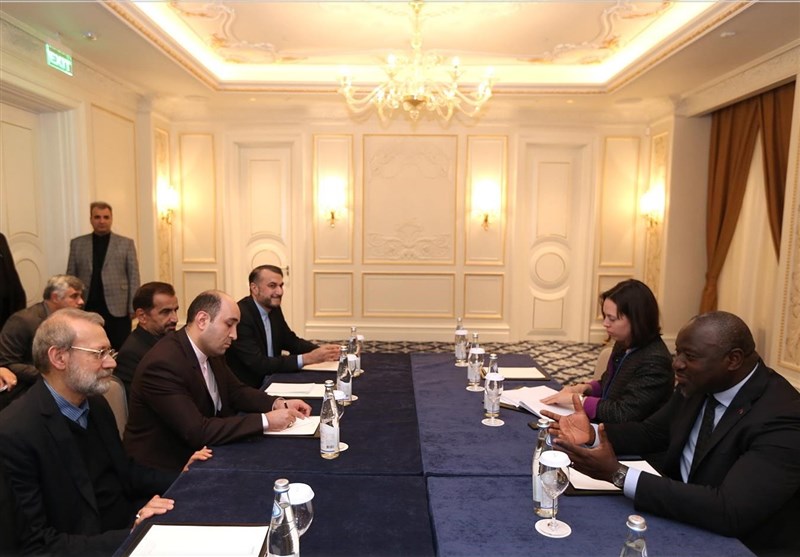 If Iran is to incur the expense of implementing the Joint Comprehensive Plan of Action without enjoying the advantages of the nuclear deal due to US obstructive policies, it will definitely reconsider its decision to honor the accord, Iran’s parliament speaker said.

Iran has so far borne the costs of the JCPOA by honoring its commitments to the deal, but if US President Donald Trump’s “incorrect conduct” deprives Iran of the advantages of the agreement, Tehran will definitely reconsider its policy toward the nuclear accord, Ali Larijani said.

He made the comments in a meeting with Lassina Zerbo, the Executive Secretary of the Comprehensive Nuclear-Test-Ban Treaty (CTBT), held on the sidelines of the 137th assembly of the Inter-Parliamentary Union (IPU) in Russia’s St. Petersburg.

The International Atomic Energy Agency (IAEA) has eight times confirmed Iran’s compliance with the JCPOA, the nuclear agreement between Iran and the Group 5+1 (Russia, China, the US, Britain, France and Germany), Larijani underscored, saying Trump is in no position to comment about Iran’s commitment to the deal.

On Saturday, Iranian Foreign Minister Mohammad Javad Zarif said the choice of pulling out of the JCPOA will remain a viable option for Iran if Tehran feels that the other side has fallen short of its promises to remove the sanctions under the nuclear deal.

“Whenever Iran feels that the other side’s measures to lift the sanctions are not sufficient, it can make its own choice, and pulling out of the JCPOA is one of those options,” the minister warned.

Speaking from the White House on Friday, Trump said he would not recertify that Tehran is complying with the 2015 nuclear agreement.

The president is required by US law to certify every 90 days whether or not Iran is complying with the nuclear deal. He has certified the deal twice since coming to office.