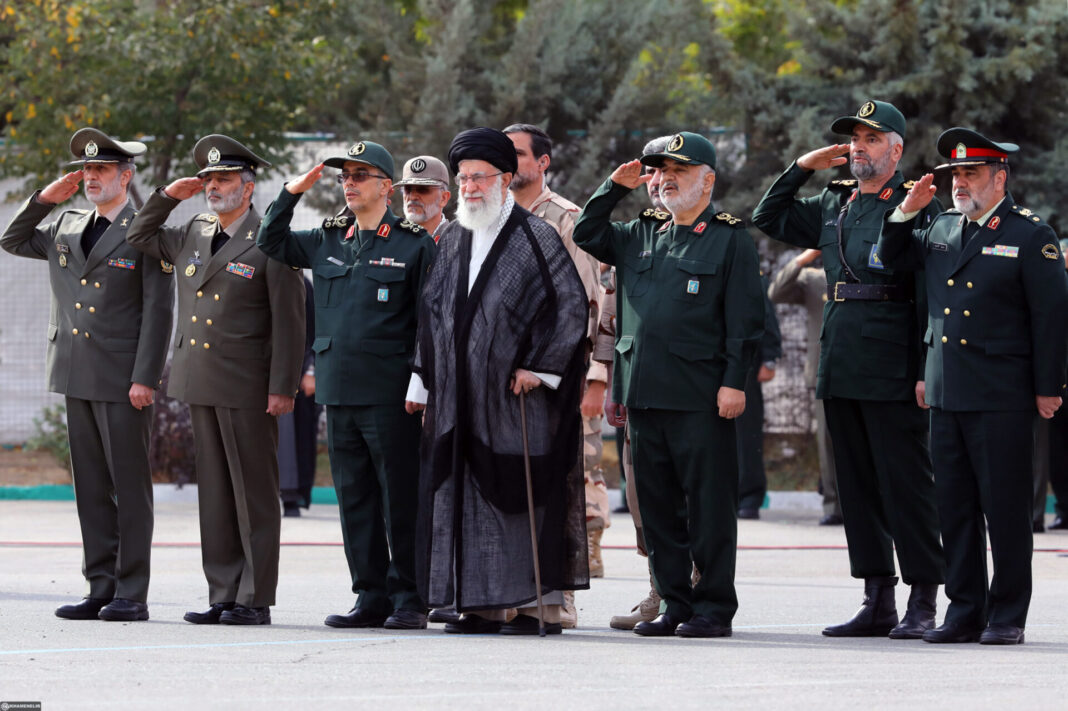 “The IRGC should have advanced and modern weapons… Your weapons should be modern and updated. It should be developed at home. You need to develop and produce your weapons,” Ayatollah Khamenei said in a Sunday cadet ceremony.

“Investigate to find out what you need in all military and intelligence arenas. During the tyrannical Pahlavi regime [before 1979], we were dependent, backward and unknowledgeable in terms of military equipment. The military equipment of the IRGC must be advanced and up to date; you should invent and manufacture them yourselves,” he said.

“Today, the IRGC is dignified both inside and outside the country, thanks be to God. The enemies have contributed to creating this dignity. With violent, aggressive and hostile behaviour, the Americans increased the dignity of the IRGC. The enemies of God show hostility to God’s servants, and this hostility makes God’s servants more reputable and estimable,” the Leader said.

“We have made great strides since the beginning of the Revolution; there are many shortcomings and difficulties, but the movement which has taken place to this date is amazing,” he added.