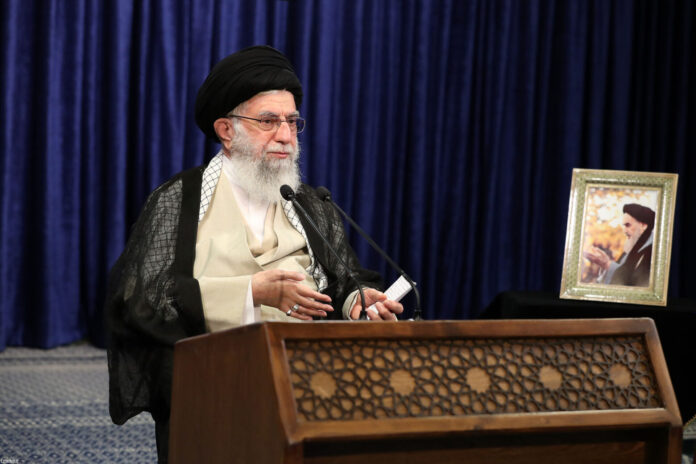 Ayatollah Khamenei made the remarks during a video-conference with the Iranian administration on Sunday, at the beginning of the Administration Week in Iran.

“Human values like health, justice, and security are trampled upon the most in America,” he noted.

“The social gap there is horrible, the number of the hungry and the homeless and their ratio [to the overall population] are higher than the conventional [rates of] world countries,” the Leader said.

“According to rivals speaking explicitly in election campaigns, one in five American children suffers from hunger. And additionally, insecurity and crime rate are very high in America,” Ayatollah Khamenei said.

The Leader said that, apart from those internal and managerial problems, the United States also engaged in such “common practices” as “murder, the waging of wars, and the causing of insecurity” in foreign lands, such as Syria, Palestine, Yemen, and formerly in Iraq, Afghanistan, Vietnam, and Hiroshima (Japan).

He contrasted such administrative models with the independent Islamic model for order and social development that is predicated on the three-fold basis of “faith, knowledge, and justice.”

The Leader further warned that Iran’s economic future should not be tied to developments in other countries, including the November presidential elections in the United States.

“The economic planning for the country should not wait for removal of sanctions or the result of elections in another country,” said Ayatollah Khamenei, as reported by Press TV.

The Leader said that the government should assume that the sanctions would remain in place at least for the next 10 years, although he did not rule out the possibility that Iran might decide to take advantage of “good decisions” adopted by foreign governments in future.

Ayatollah Khemenei further recommended the government to adopt policies that would ensure the country’s smooth access to hard currency resources, including forcing businesses to returns proceeds earned from exports and preventing the import of luxury goods.