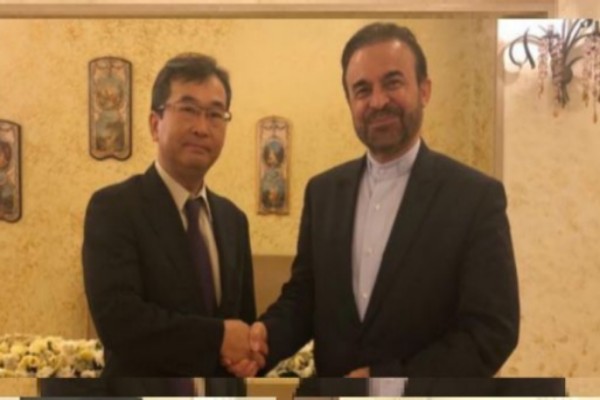 Ranking diplomats from Iran and Japan have held consultations on the process of nuclear disarmament and non-proliferation of nuclear weapons.

The meeting was held in Tehran and co-chaired by Iranian Foreign Ministry Director General for International Peace and Security Reza Najafi and Director General of Disarmament, Non-Proliferation and Science Department of Ministry of Foreign Affairs of Japan Tomoyuki Yoshida.

The two sides discussed a wide spectrum of issues about nuclear disarmament and non-proliferation, and agreed at the end of the meeting to keep up consultations in future.

The Ministry of Foreign Affairs of Japan announced that various topics have been discussed in the meeting, including the Treaty on the Non-Proliferation of Nuclear Weapons (NPT) Review Process, the Joint Comprehensive Plan of Action (JCPOA), and the biological and chemical weapons conventions.

In a meeting with Iranian Foreign Minister Mohammad Javad Zarif in May, Prime Minister of Japan Shinzo Abe described the 2015 Iran nuclear deal as an important achievement which must be preserved.

Abe made a landmark visit to Iran on June 12 and held meetings with top Iranian officials.