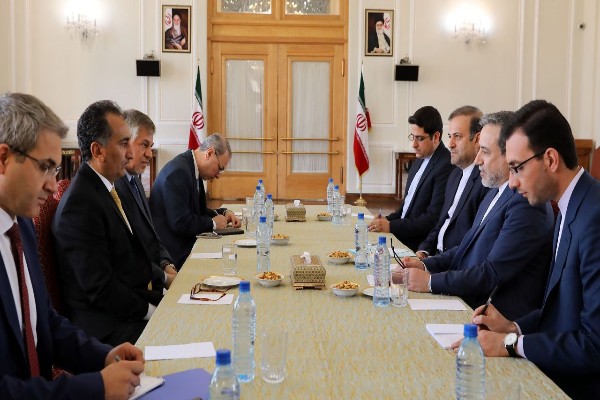 During the meeting, the two sides discussed different issues of mutual interest, and emphasized the necessity for constant consultations between Iran and Iraq under the current regional conditions.

The Iranian official thanked Iraq for its clear and constructive view in support of Iran’s stances.

Pointing to Washington’s economic war against Iran, Araqchi referred to the US measures as the root cause of regional tensions, saying, “Iran will stand against the bullying measures.”