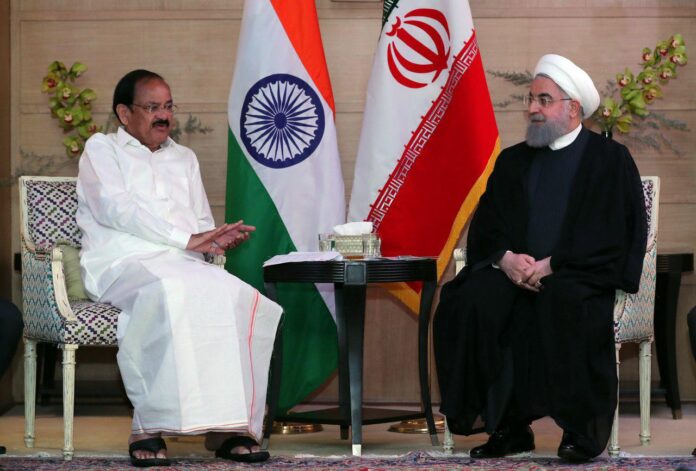 Iranian President Hassan Rouhani says the history of Iran-India relations is replete with close and friendly cooperation, and the expansion of reciprocal ties between the two states would further promote security in the region.

In a Saturday meeting in New Delhi with India’s Senate Speaker, Venkaiah Naidu, Rouhani underlined that the historical and cultural commonalities between Iran and India are a great asset which both governments and parliaments can build on to expand their bilateral relations.

“The high-ranking officials of Iran and India have a strong will to further strengthen their bilateral relations,” he was quoted as saying in a Farsi report by the Iranian president’s official website.

He went on to say that Iran-India relations not only don’t pose any threat to any regional state but also are in the their interests of the two nations and the whole region.

The Iranian president also described the growing parliamentary relations between Iran and India as a prelude to further expansion of bilateral ties and noted Iranian and Indian parliaments can further pave the way for enhancement of two sides’ relations.

For his part, India’s senate chairman underlined that Iranian and Indian parliaments offer all-out support for strengthening of ties and have made whatever in their power to achieve the goal.

He also called for expansion of ties between Iran and India in fight against terrorism and added all countries across the world must play their role in this fight because terrorism hampers all countries’ efforts to make progress and prosperity.