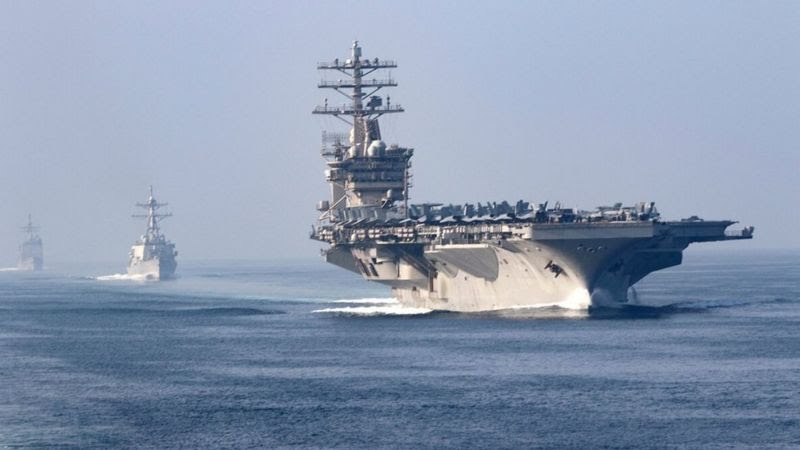 A senior military advisor to Iran's Leader says the Iranian Armed Forces are capable of targeting the US aircraft carrier deployed in the region, but hopes nothing will happen unti US President Donald Trump leaves office.

Major General Yahya Rahim-Safavi said Iran is keeping a close watch on the United States’ military movements in the region and Iranian troops are prepared to conduct operations if need be.

“Iran’s military has the Americans on its intelligence radar and is closely monitoring all of the United States’ military movements from the Red Sea to the Indian Ocean to the Sea of Oman and the Persian Gulf and the countries around Iran where the US has bases,” said General Safavi, a military aide to Leader of Iran’s Islamic Revolution Ayatollah Seyyed Ali Khamenei.

“We know what the Americans’ weak and strong points are,” he said.

“The Iranian Armed Forces have operational preparedness as well,” the general added.
“The Americans know that we have a powerful Leader who ordered us to strike the Al Asad Airbase [in Iraq],” he said.

“They are worried that we might conduct some operations on the anniversary of the assassination of General Soleimani, and, hence, they are on alert and on the defence mode,” the top general said.
General Safavi underlined that Iran is even capable of striking US aircraft carriers.

“We hope nothing will happen until wicked Trump leaves, though Iran’s vow to take revenge for the assassination of General Soleimani still holds in the long run,” he said.