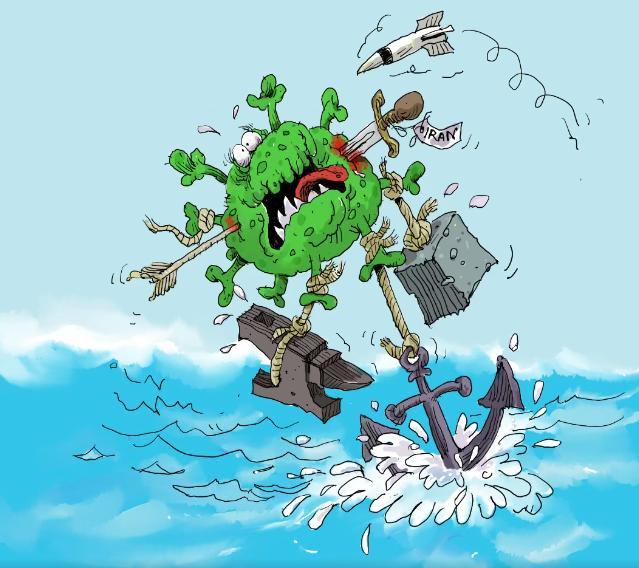 Cartoonists from more than 50 countries have participated in a contest held by Iran in the virtual space, entitled “We’ll Defeat Coronavirus”.

An announcement about the international cartoon festival was made on March 1, and the artists can submit their works until March 30 to attend the competition.

Cartoonists from more than 50 countries have taken part in the contest, the highest number of them from China, followed by India and Iran.

Secretary of the virtual festival, Masoud Shojaee Tabataba’e, says a remarkable number of cartoons have been also received from Poland, Serbia and Ukraine. Two American cartoonists have also taken part in the event.

Entitled “We’ll Defeat Coronavirus”, the international festival is sponsored by Shiraz University of Medical Sciences, the Ministry of Culture and Islamic Guidance’s Department of Visual Arts, the Visual Arts Center of Hozeh Honari, the Vice Presidency for Science and Technology, Chronicles of Victory Center, the Barakat Foundation, and Iranian messenger iGap.

Shojaee Tabataba’e told Mehr News Agency that considering the outbreak of coronavirus in Iran, the organizers of the festival have decided to display the cartoons on the Internet (www.irancartoon.com) before the deadline for participation in the event.

What follows are a number of the cartoons and caricatures competing in the international section of the festival: