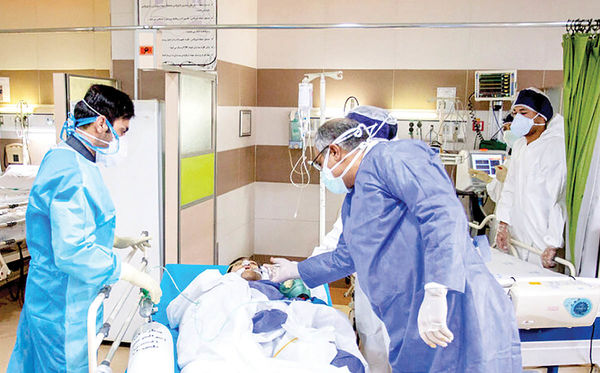 Iran’s Health Minister says the sixth Covid peak is inevitable in November, adding they are prepared to tackle the next peak.

Bahram Einollahi added that so far, Iran has imported 120 million doses of vaccine. Vaccine imports will continue until the first week of November and the number of imported doses will definitely reach 160 million.

The health minister hailed the pace of vaccination in Iran adding health personnel made a staggering statistic, and today international organizations are surprised by the huge rise in the number of vaccinations in Iran.

The health minister underlined that the vaccination is not enough yet and in order for Iran to be relieved, 80% of people must be given two doses of the vaccine.

Einollahi said that the production of domestic vaccines has accelerated, adding, “In addition to the Barakat vaccine, which was approved 3 to 4 months ago, Razi, Sinagen and Fakhra vaccines have also been produced today, and I think in the future with the increase in production, there will be no need to worry about vaccination”.

Einollahi said in the current lunar month, various ceremonies are held and authorities are a little worried and advised people to take care of themselves and follow the health tips.
Einollahi said about 230 of health personnel were martyred during service, which shows that it is the people who are working hard for the country.