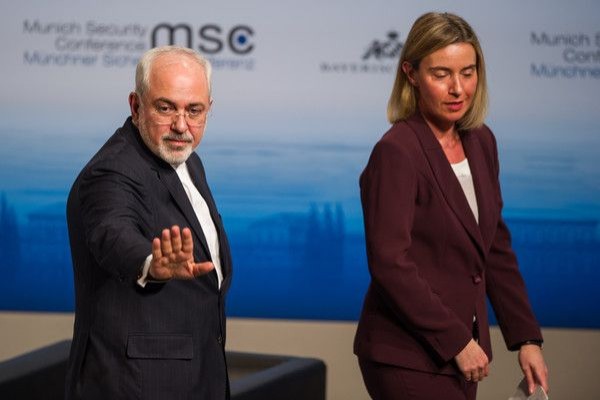 In the letter, whose news was first reported by the E’temad daily newspaper on Thursday, the Iranian foreign minister has stressed that Tehran would not be influenced by political pressures and threats.

The letter came after a message of warning by the foreign ministers of France, Germany, and the UK, who warned Iran against reducing its commitments under the Joint Comprehensive Plan of Action (JCPOA).

He told Mogherini that the E3 ministers’ move to write that letter was in violation of the accord.

In his letter, Zarif referred to numerous cases of violation of the JCPOA by Europe, and argued that Tehran reserves the right to reduce all or some of its commitments as per the multilateral deal based on its Article 26 and 36.

He further stressed that the Islamic Republic is totally serious in using its rights under the deal, including the right to stop implementing its obligations, and the only way to save the JCPOA is that the other parties to the deal implement their commitments.

After waiting for one full year, Iran partially pulled out of the Iran Nuclear Deal on May 8th to voice its discontent of EU’s disregard for the US sanctions on Tehran.

The JCPOA or the 2015 Joint Comprehensive Plan of Action was signed between Iran and the P5+1, that’s the UN Security Council permanent members plus Germany. It was to limit Iran’s nuclear programme in return for lifting UN and US nuclear-related sanctions off that country. Iran fulfilled all of its commitments under the deal; however, the US government ditched the deal as soon as Trump came to power. The EU kept giving promises to compensate for the US sanctions but only in words as far as the US sanctioned Iran’s oil sales.