Iranian Foreign Ministry Spokesman Seyyed Abbas Mousavi has expressed pleasure with the successful holding of the first round of presidential and parliamentary elections in Tunisia.

In a statement on Tuesday, Mousavi offered congratulations to the nation and government of the brotherly and friendly country of Tunisia, and said the elections and the smooth transition of power in Tunisia indicate the reinforcement and strengthening of democracy and the major role of the people in this country.

He also pointed to the presidential run-off which is due to be held in coming days, and expressed hope that the second round would also be held successfully in the North African country.

The first round of presidential elections was held in Tunisia on 15 September 2019, the second direct vote for the presidency since the 2011 revolution.

The elections had originally been planned for 17 and 24 November, but were brought forward after the death of incumbent president Beji Caid Essebsi on 25 July to ensure that a new president would take office within 90 days, as required by the constitution.

As no candidate received a majority of the vote in the first round, a runoff will be held on 13 October between the top two candidates, the retired law professor Kaïs Saïed, and Nabil Karoui who is currently in jail.

Said and Karoui’s success in beating established political leaders including the prime minister, two former premiers and a former president, during the first round, was seen as a sharp rebuke to Tunisia’s ruling elite after years of economic discontent.

Last Tuesday, a court ruled that Karoui must stay in detention for now on suspicion of financial crimes that he denies.

The electoral commission has however warned that Karoui’s detention may violate his right to a fair hearing with voters, putting it at odds with Tunisia’s judiciary, which has repeatedly ruled that he must stay behind bars. 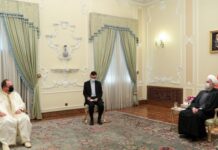 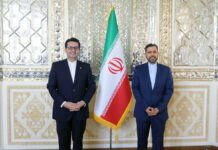 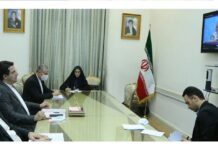