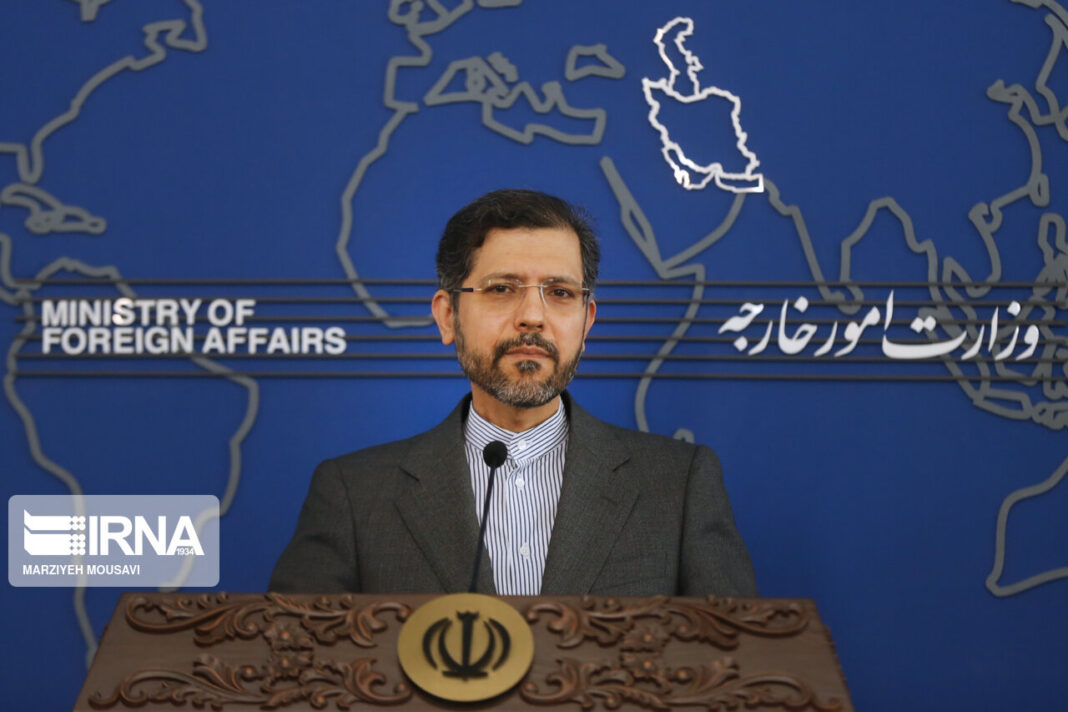 Iranian Foreign Ministry Spokesman Saeed Khatibzadeh has slammed the United States’ new sanctions on the country, stressing that they are another indication of the ill-will of Washington toward the Iranian nation.

“This move is another demonstration of the ill-will of the US government toward the Iranian nation, which is a continuation of the failed policy of maximum pressure by that government against Iran.” Saeed Khatibzadeh said.

He added, the US move “Clearly proves the fact that the current US administration, contrary to what it claims, uses every opportunity to level baseless accusations against the Iranian people and impose pressure on them,”

“the US claims to be ready to return to full implementation of its obligations under the nuclear deal, while it continues to significantly violate the UN Security Council resolution 2231.”

Under the resolution, which endorsed the 2015 nuclear agreement, all UN Security Council sanctions against Iran are removed.
The US Treasury imposed new sanctions against an individual and the company affiliated with him over allegations of assistance to Iran’s ballistic missile program.
The US Treasury claimed the individual, Mohammad Ali Hosseini, whom it identified as an Iranian-based agent, as well as several companies, have purchased ballistic missile parts for Iran’s Islamic Revolution Guards Corps to help its research and development program.

The Treasury also imposed restrictions on Parchin Chemical Industries, which is affiliated with a major military base near the Iranian capital Tehran.