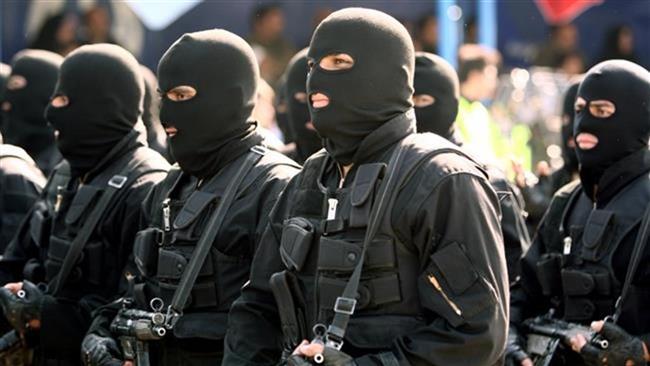 Takfiri terrorists seem to be extending the scope of their operations into the central parts of Iran. In the most recent operation, which was foiled by Iranian security forces, they have been trying to infiltrate into Fars Province.

Iran’s Intelligence Minister Mahmoud Alavi says a Takfiri [extremist] terrorist plot has been discovered and thwarted in the southern province of Fars.

Alavi made the announcement on Wednesday, October 12, adding that during the operations, several foreign nationals were detained and around 100 kilograms of explosives were discovered.

He also said that the Takfiris had planned to carry out their plot during the mourning ceremonies commemorating the martyrdom anniversary of Imam Hussein (PBUH), the third Shiite Imam, as reported by Press TV.

The Takfiri terrorists’ plot in Fars indicates that they are extending the scope of their operations from border areas to the heart of Iran.

A few weeks ago, elements affiliated with the ISIS terrorist group had planned attacks in Semnan Province, central Iran, but their plot was foiled.

Also on June 20, Iran’s Intelligence Ministry announced in a statement that its agents thwarted a major plot by the Takfiri-Wahhabi groups for a series of bombing raids across the country during religious events in the holy month of Ramadan.

Later, Intelligence Minister Alavi said a series of operations to arrest the terrorists had begun on June 14 and continued until June 20, as reported by Tasnim.

According to the Minister, 10 Takfiri-Wahhabi terrorists were arrested in Tehran and three border and central provinces of the country, saying they had masterminded different operations including planting bombs, detonation of remote control bombs, suicide attacks, and blowing up explosive-laden vehicles.

The terrorists wanted to carry out bombing raids in crowded locations, and had located 50 targets, the Minister explained, saying they had even prepared the explosive material for some of the attacks and were preparing or receiving some for the others.