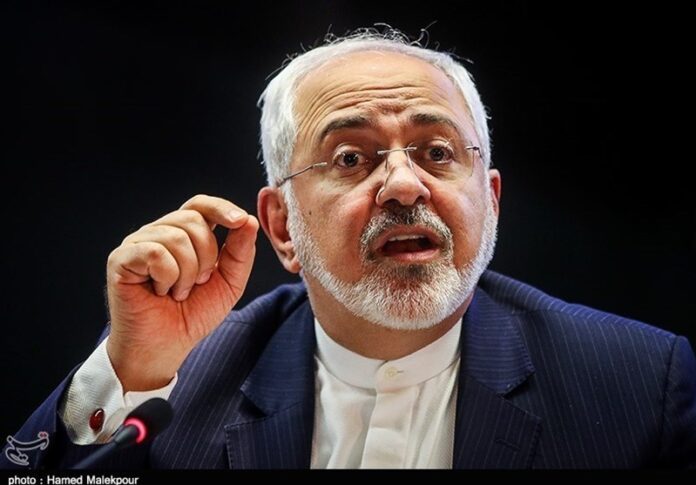 In a letter to the UN chief, Iran’s Foreign Minister Mohammad Javad Zarif cautioned that the US and a number of puppet regimes will be held accountable for the dire consequences of the adventurous move to blacklist the Islamic Revolution Guards Corps (IRGC).

The top Iranian diplomat sent a letter to UN Secretary General Antonio Guterres and the UN Security Council, denouncing the US administration’s decision to designate the IRGC a terrorist organization.

Slamming the US government’s “unprecedented, illegal and dangerous” move against an official branch of the Iranian Armed Forces, Zarif said Washington’s “baseless and provocative” decision was a “hostile measure against the Islamic Republic of Iran and a major threat to regional and international peace and security.”

Zarif also denounced the US decision as a “brazen violation of the inalienable principles of the international law and the UN Charter, including the principle of sovereign equality of states.”

The Iranian minister then warned that the US provocative move could heighten tensions to an uncontrollable level and increase the risk of incidents in the region, which he said is already faced with numerous challenges.

The US regime, those expressing overt support for and involvement in the US plan, as well as two or three puppet regimes backing the anti-IRGC action will be fully held accountable for the dire consequences of such adventurous move, Zarif warned.

US President Donald Trump announced on Monday that Washington is designating the IRGC a foreign “terrorist organization”, marking the first time the US has formally labelled another country’s military a terrorist group.