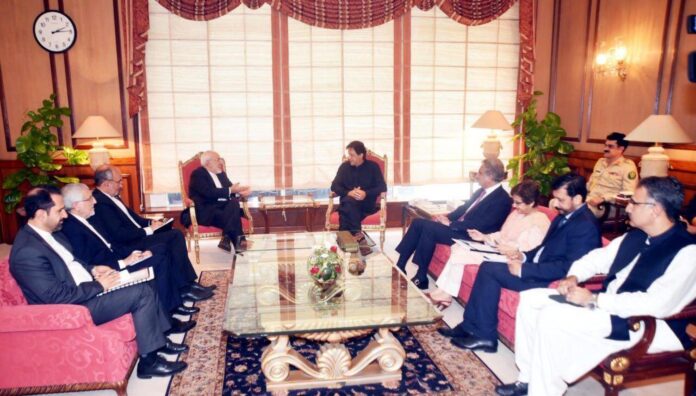 In the Friday afternoon meeting, Zarif and Imran Khan highlighted the importance and necessity of developing and promoting mutual relations in various fields including border issues, trade, and economy.

They also talked about the need for close cooperation between Islamic countries regarding the issues of the Muslim world and the region.

Boosting efforts to establish peace and stability in all regional countries, and fight against terrorism and extremism were among the other issues the two sides underlined.

This is the first visit of a foreign diplomat to Pakistan after Imran Khan took office.