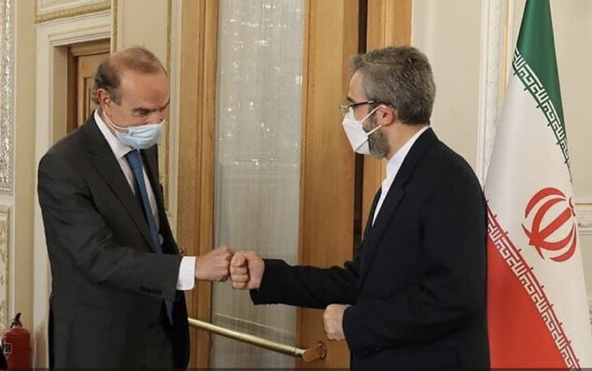 Bagheri, who is also Iran’s top nuclear negotiator, said before the meeting that Iran is “after proving the necessary and appropriate ground to shape serious negotiations to achieve an agreement that has practical results”.

Iran earlier reiterated that it seeks negotiations to fully remove “oppressive” and illegal sanctions, imposed by the US, against the country in a bid to guarantee normalized trade and economic ties between Iran and other countries.

Tehran says the negotiations must be able to provide reliable guarantees that parties to the 2015 nuclear deal no longer stop fulfilling their obligations under the accord.

The US that was among the signatories of the nuclear deal withdrew from the internationally-recognized accord in 2018 under former president Donald Trump, re-imposing anti-Iran sanctions.