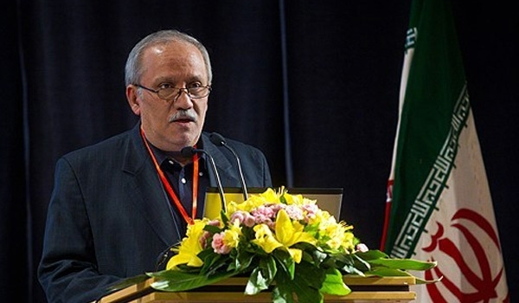 No reports of Ebola in Iran do not make health officials complacent.

Senior Iranian health officials declared on October 26 that they are working to equip a special hospital to fight any possible Ebola outbreak, adding that they are pleased to see no case of Coronavirus infection among the country’s Hajj pilgrims who have returned from Saudi Arabia.

“I can assure you that no case of Coronavirus has been reported among the Iranian pilgrims, but we have allocated a hospital for controlling Ebola disease”, if any case of infection is diagnosed, Head of the Health Ministry’s Center for Management of Contagious Diseases Mohammad Mehdi Gouya told reporters on October 26.

The official said although no Ebola case has been diagnosed in Iran, the ministry should develop a plan for setting up more potential Ebola control and quarantine centers.

On October 25, President of the Islamic Republic of Iran’s Medical Council (IRICM) Alireza Zali said that no case of Ebola virus contamination has been observed in Iran and no patient with such symptom of the diseases has been reported so far.

Zali said that medical system is fully ready to confront the epidemic.

“We are completely prepared to counter Ebola if any case is observed,” he said.

Earlier this month, Iranian Health Minister Seyed Hassan Qazizadeh Hashemi said that his ministry has done its best to immune the country’s Hajj pilgrims against epidemic diseases, including Ebola and Coronavirus.

“Although Ebola and Coronavirus diseases have been reported in Saudi Arabia, but there should be no worry about the Iranian Hajj pilgrims returning to the country,” Qazizadeh Hashemi said.

The health minister, meanwhile, reiterated that even if a case is observed the Health Ministry is fully prepared to do all necessary measures in a bid not to allow the disease spread.

The Hajj is an annual Islamic pilgrimage to Mecca, and a religious duty for Muslims which must be carried out at least once in lifetime by every adult Muslim who is physically and financially capable of undertaking the journey, and can support his family during his absence.

The World Health organization (WHO) in its latest report said that the number of cases in the Ebola outbreak has exceeded 10,000, with 4,922 deaths.

Only 27 of the cases have occurred outside the three worst-hit countries, Sierra Leone, Liberia and Guinea.

Those three countries account for all but 10 of the fatalities.

Mali became the latest nation to record a death, a two-year-old girl. More than 40 people known to have come into contact with her have been quarantined.