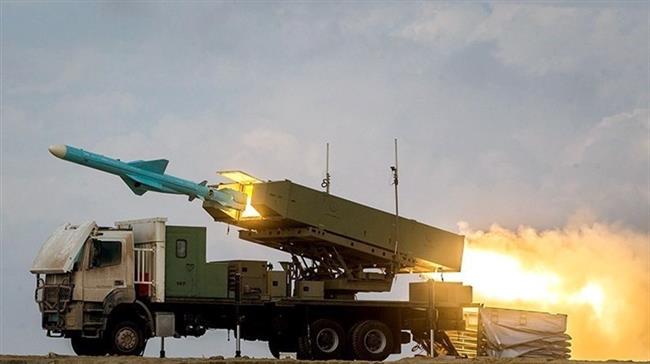 Iranian Defense Minister Brigadier General Amir Hatami says US President Donald Trump’s recent threat of a military attack against Tehran is only a bluff to cover Washington’s mortification for its failures.

“It seems more like a bluff to cover their chagrin” for their failed policies, General Hatami told reporters on the sidelines of a cabinet meeting on Wednesday.

The minister’s remarks came in response to Trump who said on Monday that the US may get into new wars, when asked about Washington’s foreign policy priorities.

Trump insisted that he is working to bring home American soldiers but warned the US may soon enter into new military conflicts.

“We may have to get into wars.  We’re better prepared than we’ve ever been. If Iran does something, they’ll be hit like they’ve never been hit before. I mean, we have things that we’re looking at,” he said in a cabinet meeting.

The Iranian minister warned the US about a crushing response in case of making the mistake of taking a measure against Iran.

“If they make a mistake, they will receive a response that will make them more ashamed than the previous measures which brought about humiliation to them,” Hatami said.

He said that the Iranian Armed Forces stand fully ready to protect the nation and the country’s borders and will give a crushing response to any threats or excessive demands.

Chairman of the Chiefs of Staff of the Iranian Armed Forces Major General Mohammad Baqeri also underscored the Islamic Republic’s deterrent power on Tuesday, warning that enemies will have to pay heavy costs if they carry out any act of aggression against the country.

Such a confrontation, he added, would merely bring the enemies heavy casualties and humiliation.

The chief commander of Iran’s Army also said earlier this month that the country will give a crushing response to any threat posed by enemies at any level.

Major General Abdolrahim Mousavi said the Iranian Armed Forces have simulated “the most severe and worst-case” threats against the country, and are ready to respond in kind and defend the Iranian borders, skies and nation as well as the Islamic Revolution’s ideals.