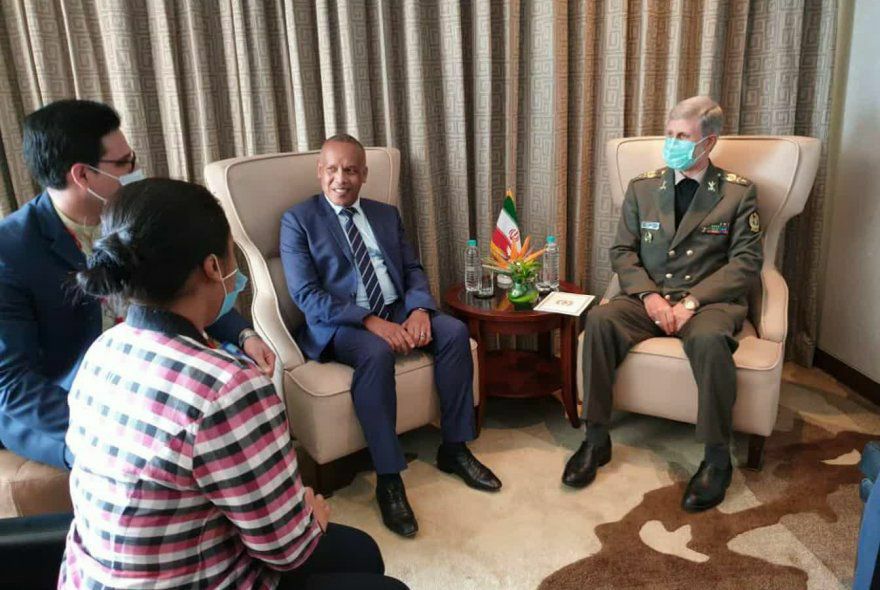 General Hatami made the remarks in a meeting with his Madagascan counterpart in India.
“Unfortunately, the West Asia region is facing numerous instances of terrorism and insecurity,

and foreign interference and hegemonic powers’ intervention are the major reason behind that,” said General Hatami.

He noted Iran and Madagascar have many commonalities and can consider boosting mutual cooperation on different fronts.

“Madagascar and countries in South Africa have a special place in Iran’s foreign policy,” he said.

“The situation of Iran and Madagascar in the Indian Ocean as well as in the two continents of Asia and Africa is of significance,” the Iranian defence chief said.

Iran’s defence minister also called on the Madagascan government and Coast Guard to help Iranian fishermen which are struck by pirates in waters off the coast of Madagascar.