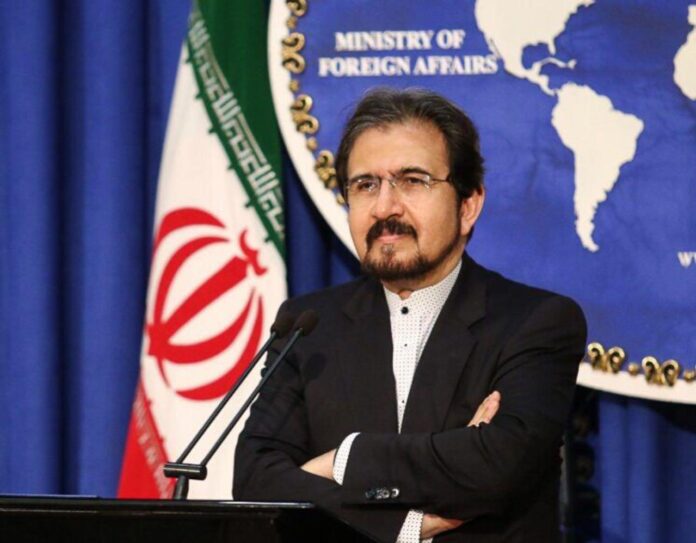 Iran’s Foreign Ministry spokesman has rejected the “hostile” and “hollow” remarks made by US Vice President Mike Pence likening Iran to the Nazi government.

“Iran’s historical and cultural record in coexistence of and respect for divine religions, particularly the Jewish religion, has been registered in credible documents of various nations,” Bahram Qassemi told ISNA Saturday.

“The long-standing and several-thousand-year-old history and civilization of Iran shows the way Iranians thought of and viewed other cultures and religions and their peaceful coexistence and tolerance in such issues,” he noted.

“Those who have some understanding and knowledge of the world’s history and culture and are familiar with books and history and have a minimum level of fairness and justice in their words would not make such hollow and false words so recklessly,” he said.

Pence’s remarks were “empty and propagandistic” ones made out of grudge and hysteria, Qassemi said.

“Our criterion and yardstick in foreign policy is the aggressive and occupying nature of the fake and illegal Zionist regime and the killing machine of the Palestinian people which has cruelly imposed itself on the region, caused division and rift among regional countries and is a source of crises and long-term and costly tensions in the Middle East.”

“They should know that making these allegations and futile and irrelevant remarks won’t help resolve the main issue or remove the root causes of their anger and crisis,” the spokesman added.

“Be patient, read and learn as history is full of facts that no power can delete or change forever,” Qassemi said, addressing the American official and his allies.

On Friday, Pence accused Iran of Nazi-like anti-Semitism, following a visit to the memorial site of Auschwitz in Poland.

Pence said the visit to the Nazi camp had made him more determined to confront Tehran, which he claimed was “breathing out murderous threats with the same vile anti-Semitic hatred that animated the Nazis in Europe,” Radio Free Europe reported.