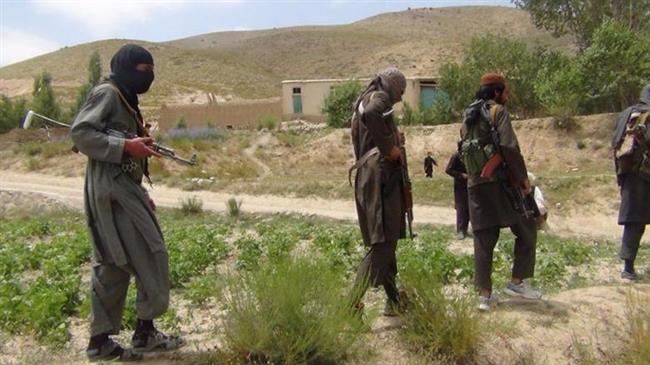 Tehran has vehemently rejected a report by British media, which claimed that members of Afghanistan’s Taliban militant group are being trained in Iran, saying such accusations are meant to harm close relations between the two neighbors.

On Monday, The Times quoted unnamed Taliban and Afghan officials as saying that hundreds of Taliban militants are receiving advanced training from special forces at military academies in Iran.

However, the Iranian embassy in Kabul said in a statement on Wednesday that the goal of such “fake and undocumented” allegations is to wage “a psychological war” and damage friendly relations between the Iranian and Afghan governments.

Instead of leveling “baseless” accusations against Afghanistan’s neighbors, media outlet should work to find the root causes of the failure of the so-called anti-terrorism fight by certain governments in the Asian country.

“As the Islamic Republic of Iran has repeatedly said, it has never extended its rifts with other countries to Afghanistan’s domestic affairs and seeks an increase in global efforts to reinforce the Afghan government and decrease its people’s suffering,” the statement added.

It also described terrorism and extremism as joint threats to all regional countries, underlining the need for mutual cooperation to counter such threats.

Like in the past, the statement said, Tehran helps strengthen peace and restore stability to Afghanistan.

The US and its allies invaded Afghanistan under the guise of the war on terror. Some 17 years on, Taliban has only boosted its campaign of violence across the country, targeting both civilians and security forces in bloody assaults.

More recently, the Daesh Takfiri terrorist group has also taken advantage of the chaos and established a foothold in eastern and northern Afghanistan.

The militant outfit has stepped up its terror attacks in the war-torn state after losing its bases in Iraq and Syria despite the presence of thousands of foreign troops on Afghan soil.