Iran and Denmark are determined to increase their cooperation in technical and engineering fields, specially in the mining sector.

The cooperation will take place between the Iranian Mines and Mining Industries Development and Renovation Organization (IMIDRO) and Denmark’s FLSmidth.

The two sides will explore and extract rare soil elements.

FLSmidth supplies the minerals and cement industries globally with everything from engineering, single machines and complete processing plants to maintenance, support services and operation of processing facilities.

IMIDRO and FLSmidth will also cooperate in iron ore processing, using modern methods, while going for extraction and processing rare soil elements as well as chanting salted water in desert areas to water used in the mining industries, including iron ore processing.

In February, Danish Ambassador to Tehran Anders Christian Hougaard said that following the implementation of the Geneva nuclear accord sealed by Tehran and the six major world powers in November, the ground has been paved for the consolidation of all-out ties with Iran.

He expressed hope that sanctions against Iran would be completely removed with the new atmosphere prevailing in Iran.

“The reality is that we consider Iran as an important partner in the volatile Middle East region and accordingly Iran needs the European Union,” Hougaard said in an address to a ceremony marking 80th anniversary of establishment of relations between Iran and Denmark.

He said, “Relations between Iran and Denmark are age-old and since 1934 we have had an Embassy in Tehran with envoys and commercial and trade delegations from Denmark visiting the country to follow up different issues such as building north-south railway.”

The Danish envoy said commercial and economic relations between Iran and Denmark should further expand and the two countries can be good economic partners for each other. 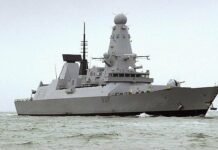 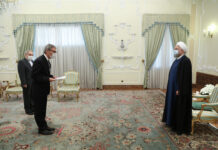 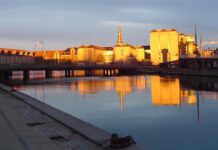 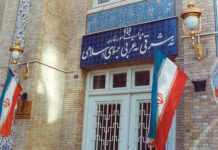