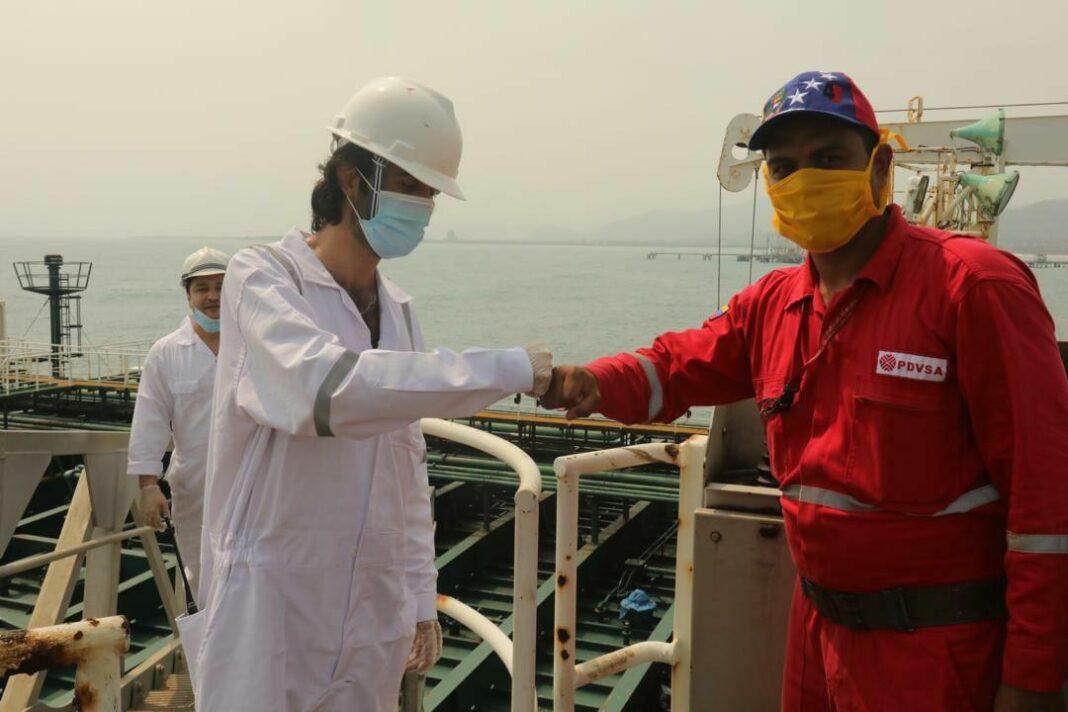 As Iran’s third oil tanker sails into the Venezuelan waters to deliver its much-needed gasoline cargo, the Iranian envoy to the South American country dismisses the claims that Tehran has received nine tonnes of gold from Caracas in exchange for the fuel.

In an interview with Al-Alam TV Network, Iranian ambassador Hojjatollah Soltani said that the reports of shipping 9 tonnes of gold from Venezuela to Iran is completely false.

He said there is no need for such a thing because there are other ways, such as bartering food, including coffee and cocoa.

The envoy further noted that the first Iranian oil tanker “Fortune” has already unloaded its cargo in the port of El Palito and the other tankers are also moving towards their destination.

“The two tankers that have arrived in Venezuela – Fortune and Forest – were not bothered by any country,” he said.

“The dispatch of tankers carrying fuel and raw materials to equip Venezuelan refineries was based on international protocols, as the tankers are moving towards Venezuela in accordance with international navigation regulations. The international organisations have been informed about the route and destination of these oil tankers.”

Soltani underlined the arrival of Iranian oil tankers is a great and historic achievement for the two nations of Venezuela and Iran, which are under the US pressure and have independent policies. He also described it as a victory for the international community.
“The United States, as a country that violates international treaties, has clearly failed to impose restrictions on these tankers,” Soltani said.

“The United States has a long history of breaching treaties and agreements. It has withdrawn from the Paris Agreement, but claims it abides by international treaties, including the freedom of trade and seafaring. All countries, including the United States, can enjoy the benefits by respecting treaties and agreements. I believe this victory belongs to all countries.”

Soltani said the US unilateral sanctions against Venezuela, Iran and several other countries have lost their efficacy and are not as effective as before.

Further, the Iranian ambassador to Caracas noted that, for example, when the United States withdrew from the nuclear deal and imposed a unilateral embargo on Iran, even its allies opposed it and sought to bypass the sanctions in practice. The State Department also imposed unilateral sanctions on Venezuela, but some countries including Iran opposed the sanctions, and opposition voices grew.