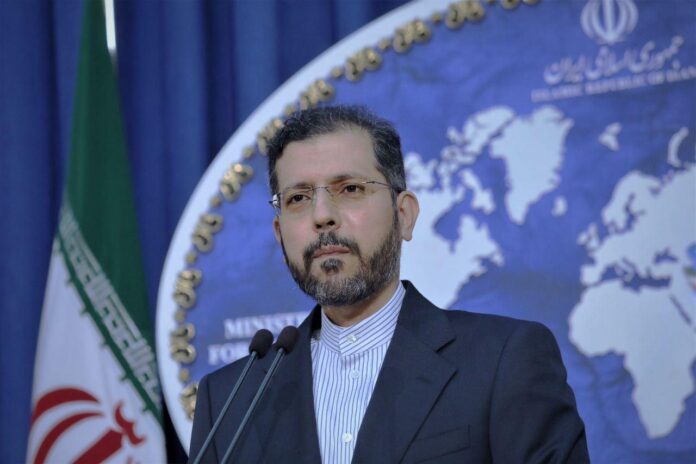 Spokesperson for the Ministry of Foreign Affairs of the Islamic Republic of Iran Saeed Khatibzadeh has dismissed the accusation, raised in a report by Politico, that it has tried to kill the US envoy to South Africa.

In a statement on Monday, the Foreign Ministry spokesman described the Politico report as “custom-ordered, biased and purposeful”, which cites the remarks made by a purportedly US government official in an attempt to make it look real.

“We advise the American officials to stop resorting to hackneyed and worn-out methods for anti-Iran propaganda in the international arena,” he added.

“As a responsible member of the international community, the Islamic Republic of Iran has proved its constant commitment to the international diplomatic principles and norms. Conversely, it is the United States and the incumbent regime at the White House that has ignored the basic diplomatic principles and has become a rogue regime in the international arena, particularly in recent years, with numerous measures out of line with internationally-accepted methods and norms, including masterminding and implementing tens of plots for assassination and military and intelligence interference, withdrawal from many international agreements, violating the territorial integrity of nations, and the cowardly assassination of General Qassem Soleimani, the honourable commander of the fight against terrorism,” the spokesman said.

Khatibzadeh then denounced such baseless allegations as those made in the recent anti-Iran report in the US media as part of the “Trump administration’s counter-intelligence campaign against Iran”, adding, “It was predictable that the United States regime would resort to anti-Iran accusations and falsification ahead of the US presidential election, coupled with that (US) regime’s pressures to abuse the United Nations Security Council’s mechanisms with the purpose of intensifying pressure on the people of Iran.”

“However, such measures and news fabrication that would possibly continue in the future will undoubtedly get nowhere and will add to the long list of Washington’s continuous defeats in the face of the Islamic Republic of Iran,” the spokesman noted.

“As announced repeatedly, the Islamic Republic of Iran will press on with international legal action at all levels in connection with the criminal and cowardly assassination of General Soleimani, and will neither forgive nor forget the act of terrorism,” he concluded.

His comments came after American magazine Politico cited the US government officials as saying that Iran is weighing an assassination attempt against the American ambassador to South Africa to avenge the assassination of Lt. General Qassem Soleimani.

The top Iranian general was assassinated in a US airstrike near Baghdad airport on January 3.