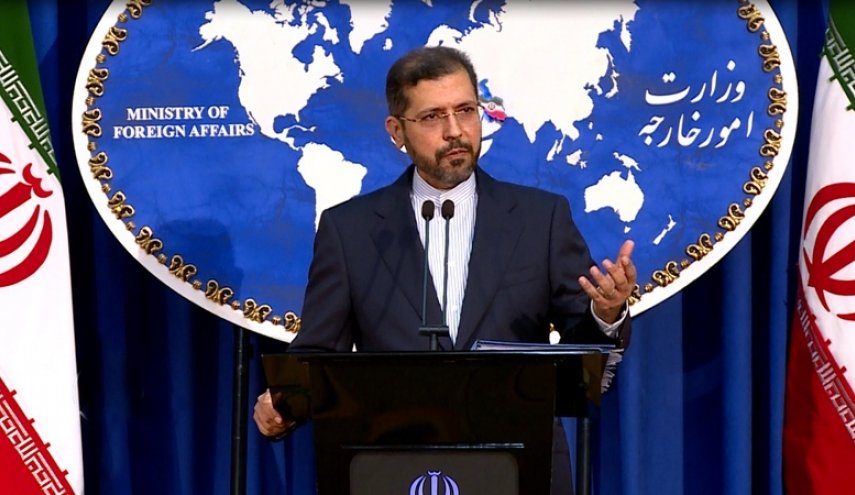 Foreign Ministry Spokesman Saeed Khatibzadeh has rejected the allegation that the Iranian diplomat arrested in Belgium has threatened Belgian officials with retaliation, describing the claim, raised by Reuters and some other European media, as shallow fabrication.

“Such baseless reports are fabricated and published so as to be capitalized on in the future,” Khatibzadeh said in a Wednesday statement, describing such allegations as part of a media campaign.

“The Islamic Republic of Iran considers the arrest of Mr Assadollah Assadi, an Iranian diplomat in Europe, as a move that is basically unlawful and in blatant violation of international practices and the contents of the 1961 Vienna Convention on Diplomatic Relations,” Khatibzadeh said.

“We believe the violation of Mr Assadi’s diplomatic immunity and his arrest and prosecution in Belgium is an unacceptable heresy. The Ministry of Foreign Affairs still considers the countries involved in this case to be responsible for violating the Iranian diplomat’s rights, and reserves the right to a proportionate response,” he added.

Assadi, who will go on trial in late November, was charged with planning to bomb a Paris rally of the MKO terrorist group.

Tehran says European states harbour MEK, which is responsible for the killing of 17,000 Iranians, according to Iran’s official statistics.

The group was on the United States’ terrorism list from 1997 to 2012, but its rallies in recent years have been headlined by the likes of US President Donald Trump’s lawyer Rudy Giuliani and former US national security adviser John Bolton.

Assadi was arrested while on holiday in Germany and handed over to Belgium. The Western European nation says it arrested two of his suspected accomplices with an explosive and a detonation device.