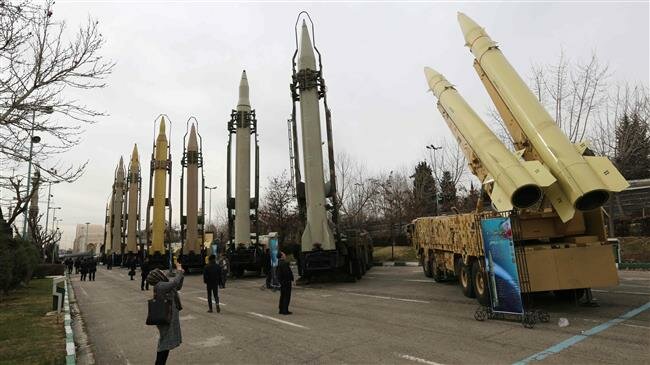 “The country’s defensive might is a redline. We will not be holding negotiations in this area under any circumstances, and have said so on repeated occasions,” Mahmoud Va’ezi said on Wednesday.

Speaking to NBC News on Monday, Zarif had condemned the United States’ arms sales to regional countries, saying the sales had made “our region ready to explode.” “So if they (the US) want to talk about our missiles, they need first to stop selling all these weapons, including missiles, to our region,” he added.

Misconstruing the comments, however, US Secretary of State Mike Pompeo claimed on Tuesday that “for the first time, the Iranians have said that they are prepared to negotiate about their missile program.” “We will have this opportunity, I hope….,” he added.

The Associated Press also published a report, including in the title “Zarif Raises Idea of Talks (about Iran’s missile program).”

Va’ezi said, “It is not a new thing…for different American officials to make contradictory remarks every minute.”

He called Zarif’s remarks to NBC “very clear,” adding, “No part of the interview allows such interpretation.”

Earlier, a spokesman for Iran’s mission to the United Nations, Ali-Reza Mir-Yousefi also reacted to the distortion of the top diplomat’s remarks.

“We categorically reject the AP’s characterization of Zarif comments…as meaning that Iran is willing to negotiate on its defensive missile program at some point. Iran’s missiles and its missiles are absolutely and under no condition negotiable with anyone or any country, period,” the spokesperson tweeted.

“Surely AP reporters are familiar enough with conversational English to know and understand and are able to contextualize comments on the hypothetical, as well as parrying with words to make a point,” he added.

Mir-Yousefi finally deterred misapplication of official comments for political or journalistic purposes, and said such misuse works to damage the press’ standing in the public opinion.

The United States — along with Israel — has long been accusing Iran of pursuing military objectives in its nuclear program, despite over a dozen reports by the International Atomic Energy Agency (IAEA) to the contrary.

The IAEA has been monitoring the technical aspect of a 2015 nuclear deal initially inked between Iran and six world states, including the US. Washington, however, abruptly pulled out of that agreement last year in defiance of international objections.

Leader of the Islamic Revolution Ayatollah Seyyed Ali Khamenei has irreversibly prohibited any pursuit of nuclear weapons through an official decree.

Washington has also been making similar accusations about the Islamic Republic’s missile activities.

Iranian officials have repeatedly underlined, though, that the projectiles are not designed to carry nuclear warheads, while noting that its conventional missile program is non-negotiable.